The 61-year-old democracy activist died on Thursday from liver cancer while under heavy police guard at a hospital in the northeastern city of Shenyang. 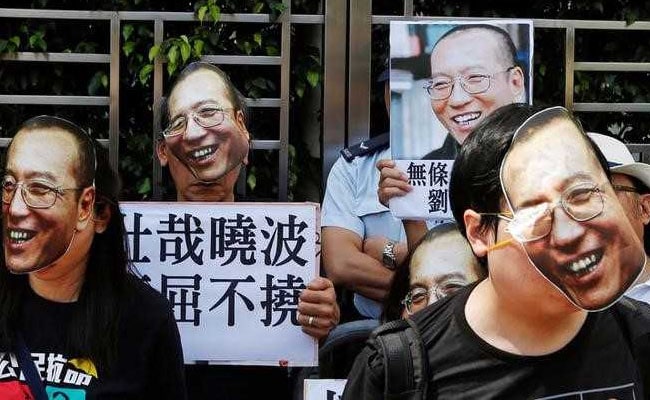 Even the most obscure homages to Liu on Weibo were removed. (Representational)

Beijing, China: China's censors raced today to scrub social media networks of candles, RIP and other tributes to Nobel laureate Liu Xiaobo as they seek to silence discussion about the prominent dissident's death.

The 61-year-old democracy activist died on Thursday from liver cancer while under heavy police guard at a hospital in the northeastern city of Shenyang -- but most Chinese remain clueless about his death or even who he was.

A search for news of his death on Chinese search engine Baidu turned up no results and China's Twitter-like Weibo blocked the use of his name and initials "LXB".

Even the most obscure homages to Liu on Weibo were removed.

One user who posted "RIP" was advised it had been deleted "because it violated relevant laws and regulations" -- even though the post did not mention the activist by name.

RIP is now among the search terms blocked on Chinese social media networks.

Grieving users who had posted candle emojis on Weibo saw them erased. When accessing Weibo on a personal computer the symbol is no longer among the emoticon options.

On the Weibo mobile app, however, the candle was still available but attempts to post it were blocked and triggered a message saying "content is illegal!".

The Chinese word for "candle" is also barred.

China tightly controls the internet through a censorship system known as the "Great Firewall" and closely monitors social media networks for sensitive content.

Social media sites have been cleaned of comments praising the dissident.

"He is the brave one for this time. The history will remember him whether alive or dead," one user said in a Weibo post that was later deleted.

Another said: "You, who was just freed, made the world different; we, those who are still in prison, salute you."

Even a Chinese language article about German pacifist Carl von Ossietzky, the last Nobel Peace Prize laureate to die in custody, that had been circulating on the mobile messaging app WeChat can no longer be accessed.

A search for the most commonly used Chinese translation of Ossietzky's name also returned no results on Weibo but it was not blocked on Baidu.

The circumstances recalled the situation in 2010 when Liu was awarded the Nobel Peace Prize while serving an 11-year sentence for "subversion" -- online searches for his name and references to his award, including the empty chair that represented him at the Oslo ceremony, were blocked.

Not all online posts were sympathetic to Liu, a veteran of the 1989 Tiananmen Square protests whose advocacy for democratic reform infuriated the government.

The state-run Global Times daily posted on its Weibo account: "The deceased has gone and people are playing a magnificent show pretending to be sad. We are a group of onlookers eating watermelon for one night."

The post has been removed but screenshots of it have been widely shared.

As international media descended on the hospital that had been treating Liu for more than a month, most locals appeared to be oblivious about the political prisoner, whose name is extremely sensitive in the Communist country.

Only one person among more than 20 questioned by AFP about Liu admitted knowing who he was.

"Who is he, an internet celebrity?" Liu Weiwu, a middle-aged shopkeeper near the hospital, told AFP.

Some state-run media, including the official Xinhua news agency, reported Liu's death but other Chinese outlets ignored it.

The English and Chinese versions of the Global Times carried editorials which accused "forces overseas" of politicising Liu's last days and using his illness as a way to "demonise China".

Promoted
Listen to the latest songs, only on JioSaavn.com
The Chinese version of the Global Times editorial was not published online.

"The West has bestowed upon Liu a halo, which will not linger," the Global Times said.