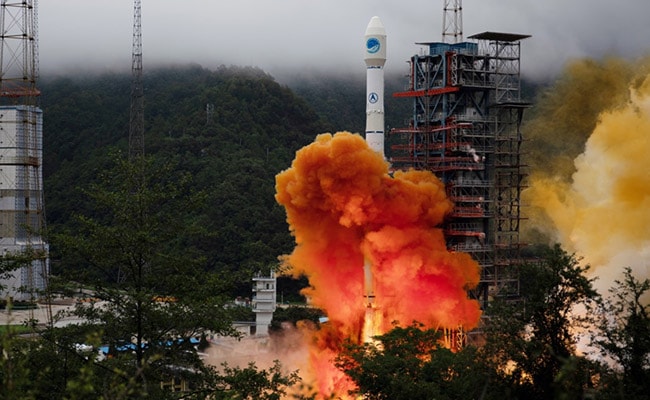 China on Tuesday launched the final satellite in its homegrown geolocation system designed to rival the US GPS network, marking a major step in its race for market share in the lucrative sector.

Footage from state broadcaster CCTV of the launch in southwestern Sichuan province showed the rocket blast off against a backdrop of lush mountains as a small group of onlookers filmed on their phones.

The launch of the Beidou-3GEO3 satellite from the Xichang Satellite Launch Center was originally scheduled for last Tuesday but was delayed over unspecified "technical issues," China's space agency said.

Beidou -- named after the Chinese term for the plough or "Big Dipper" constellation -- is intended to rival the US's Global Positioning System (GPS), Russia's GLONASS and the European Union's Galileo.

"I think the Beidou-3 system being operational is a big event," Jonathan McDowell, an astronomer at the Harvard-Smithsonian Center for Astrophysics, told AFP.

"This is a big investment from China and makes China independent of US and European systems."

Now the service can be used on millions of mobile phones to find nearby restaurants, petrol stations or cinemas, to guide taxis and missiles and fly unmanned drones.

The coverage provided by Beidou, which has been in commercial use since 2012, was first limited to the Asia-Pacific region, but worldwide service has been available since 2018.

The system works on a network of about 30 satellites.

Around 120 countries including Pakistan and Thailand are using Beidou's services for port traffic monitoring, to guide rescue operations during disasters and other services, according to Chinese state media.

Beijing is counting on its trillion-dollar Belt and Road global infrastructure project to convince other participating countries to use its technology as it attempts to grab market share from GPS -- although some experts have cast doubt on its ability to do so.

McDowell told AFP he did not think Beidou would be able to "supplant GPS in the next 10 or even 20 years".