The comments represented a notable hardening in tone from Trudeau, who previously said there would be huge penalties for scrapping the $13 billion agreement for armored vehicles made by the Canadian unit of General Dynamics Corp. 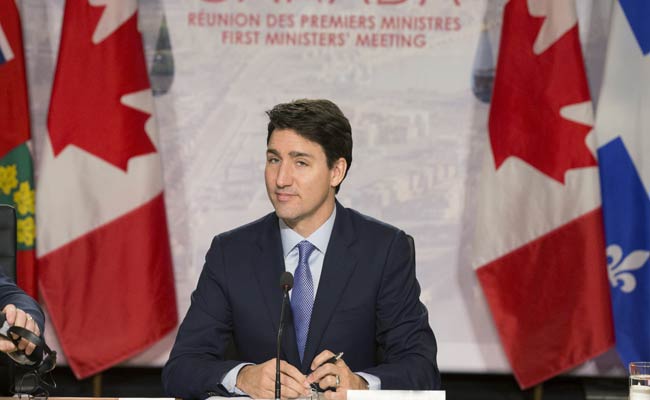 Justin Trudeau had earlier said that murder of a journalist Jamal Khashoggi is absolutely unacceptable.

Canadian Prime Minister Justin Trudeau, speaking in an interview that aired on Sunday, said for the first time that his Liberal government was looking for a way out of a multibillion-dollar arms deal with Saudi Arabia.

The comments represented a notable hardening in tone from Trudeau, who previously said there would be huge penalties for scrapping the $13 billion agreement for armored vehicles made by the Canadian unit of General Dynamics Corp.

Last month, Trudeau said Canada could freeze the relevant export permits if it concluded the weapons had been misused.

"We are engaged with the export permits to try and see if there is a way of no longer exporting these vehicles to Saudi Arabia," Trudeau told CTV. He did not give further details.

Political opponents, citing the killing of journalist Jamal Khashoggi and Saudi Arabia's involvement in the Yemen war, insist Trudeau should end the General Dynamics deal, which was negotiated by the previous Conservative government.

Relations between Ottawa and Riyadh have been tense since a diplomatic dispute over human rights earlier this year. Ottawa says it has been consulting allies on what steps to take after Khashoggi was killed inside the Saudi consulate in Istanbul.

"The murder of a journalist is absolutely unacceptable and that's why Canada from the very beginning had been demanding answers and solutions on that," said Trudeau.

(Except for the headline, this story has not been edited by NDTV staff and is published from a syndicated feed.)
Comments
Saudi Arms DealJustin Trudeau