Pete Doherty, 40, the front man of the Libertines, was arrested for assaulting a man while drunk, said the Paris prosecutors' office. 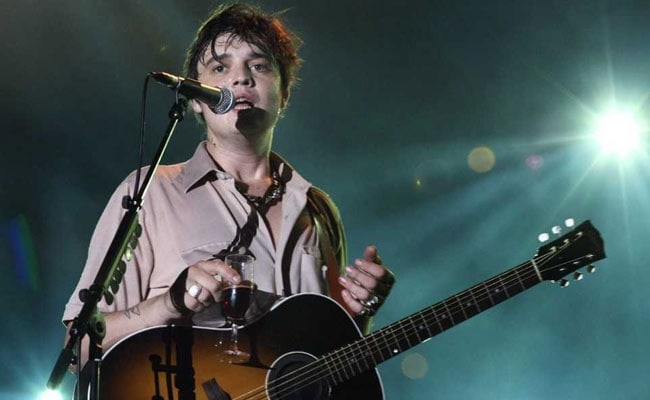 Pete Doherty was earlier arrested, and then released, for possession of cocaine. (AFP)

French police arrested British rocker Pete Doherty after a drunken brawl in Paris Sunday, a day after they released him following cocaine bust, prosecutors and his lawyer said.

Doherty, 40, the front man of the Libertines, was arrested for assaulting a man while drunk, said the Paris prosecutors' office.

His lawyer Arash Derambarsh said Doherty was arrested after a fight with another man who was also drunk, who had filed a complaint for assault against him.

After being released Saturday from custody following an arrest for possession of cocaine, Doherty "went home then went out again to have a drink", the lawyer added.

But because of the detox treatment he has been following for a month he cannot hold his drink, said Derambarsh.

Doherty was first arrested in the early hours of Friday morning when Paris police caught him just after he had bought cocaine.

The singer opted for a simplified procedure for people caught using drugs, agreeing to pay daily 50-euro fines for 100 days, failing which he will be jailed, the Paris prosecutors' office said.

A judge still has to sign off on that deal, however.

Derambarsh said on Saturday that his client, who is at the start of a major tour, had agreed to undergo full-time a medical treatment for his addiction to avoid a relapse.

The bad boy of British rock -- as famous for having dated supermodel Kate Moss as for his music -- has repeatedly made headlines for drugs offences.

In 2012, he was thrown out of a luxury rehab clinic in Thailand after claims he was a bad influence on other patients and did not try hard enough to kick his heroin habit.

(Except for the headline, this story has not been edited by NDTV staff and is published from a syndicated feed.)
Comments
Pete DohertyBritish rockerdrunken brawl