The Daily Telegraph reported that House of Commons Deputy Speaker Lindsay Hoyle had written to all MPs to inform them about a 24-hour counselling phone line. 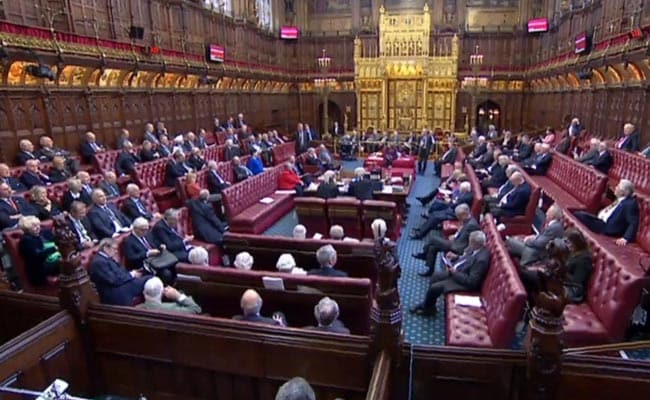 Battles over Brexit have worn down British MPs, who are now being offered counselling to cope with the "extraordinary pressure" they have been under.

The Daily Telegraph reported that House of Commons Deputy Speaker Lindsay Hoyle had written to all MPs to inform them about a 24-hour counselling phone line.

"It is vital that in times of heightened stress in the workplace we can access the necessary health and wellbeing support," Hoyle wrote, a day after a particularly intense parliamentary session that ended after midnight.

Despite enormous pressure, British MPs have voted down Prime Minister Theresa May's Brexit deal three times this year but have failed to agree on any alternatives.

The two main parties, the ruling Conservatives and the Labour opposition, are now locked in talks to attempt to find a compromise that could pass through parliament.

Security measures have in any case been stepped up around parliament because of angry heckling -- mainly from hardline Brexit supporters against pro-Remain MPs.

"Members of Parliament and staff are resilient but Brexit has meant we are all working very long hours for extended periods of time whilst facing extraordinary pressure.

"In order to fulfil our duties and do our work on behalf of constituents we must take care of our health and wellbeing," Hoyle wrote in his letter.

"Your needs will be discussed and together you will agree what support is required," he said.

"This could be immediate support given there and then or it may be agreed structured counselling is required".

MPs had to cancel a mid-term break in February and are greatly reducing their regular Easter holiday in order to make more time for Brexit debates.