Brazilian Migrant Mother Who Sued For Son's Custody Reunites With Him

Sirley Paixao's 10-year-old son was among more than two thousand children separated from parents at the US-Mexico border. 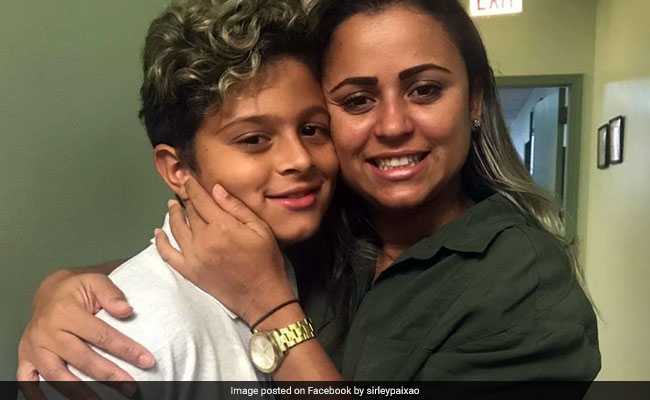 Sirley Paixao and her son Diego spent a month apart from each other.

A Brazilian migrant woman was reunited Thursday with her son after a US judge ordered the 10-year-old released from a Chicago shelter.

The child was among more than two thousand children separated from parents at the US-Mexico border due to a "zero tolerance" immigration approach under which adults were prosecuted and their children taken away.

Sirley Paixao had sued the US government on Monday to regain custody of her son Diego. The two had spent more than a month apart after they illegally crossed the southern US border seeking asylum.

A federal judge in Chicago ordered Diego's release, citing the likelihood of "irreparable harm." The two were reunited soon after, according to US media reports.

"Plaintiffs have demonstrated some likelihood of success on their claim that continued separation of (Diego) from his available, fit parent violates their due-process rights," US District Court Judge Manish Shah said in a written ruling.

After their reunion, mother and son were headed to stay with relatives or friends in Boston while Paixao's asylum request is processed, US media reported.

"He's going to be right by my side, and he's not going to go anywhere ever again," she said.

The reunion came as the Donald Trump administration disclosed that it had resorted to DNA testing on up to 3,000 detained migrant children who remain separated from their parents, in order to reunite families by court-imposed deadlines.

The Department of Health and Human Services has been ordered to reunite some 100 children under the age of five with their parents by next Tuesday and other children by July 26.