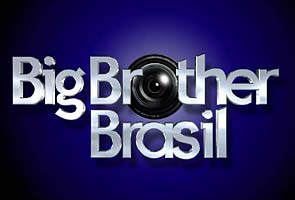 London: A housemate in the Brazilian version of reality TV show "Big Brother" was raped after an alcohol-fuelled party and was shown on live television, a media report said.

Police Tuesday confirmed they have begun an investigation as well as carried out a search of the studios in Rio de Janeiro, where the "Big Brother Brasil" is being filmed, the Daily Mail reported.

A 31-year-old contestant, Daniel Echaniz allegedly raped 23-year-old student Monique Amin, who had passed out drunk after a party Sunday, the daily said.

Night cameras filmed Echaniz get into the bed where Amin was sleeping before appearing to have sex with her under the covers. Throughout the incident, the woman appeared unconscious.

The next morning, Amin was asked about the incident, and appeared to know little of what had happened.

Police arrived at the house and interviewed Amin for three hours, before taking her away for medical examination.

Promoted
Listen to the latest songs, only on JioSaavn.com
Police reportedly told the TV channel to either stop broadcasting the show or eliminate Echaniz.

"Big Brother Brasil", which is in its 12th series, is watched by an average TV audience of about eight million.