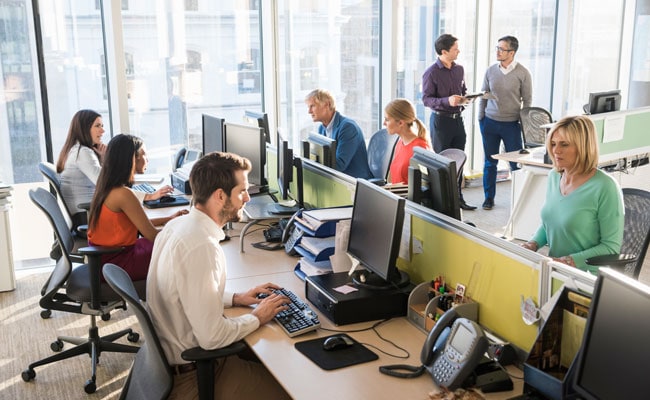 The study surveyed more than 3,800 senior managers - vice presidents and above (Representational)

One of the most widely held - if rarely practiced - ideas in management is that it's important for chief executives to encourage different opinions from the people who work for them. To find the dissenting voices who won't just try to flatter or praise, but remind leaders when they are wrong. Doing so, the thinking goes, will lead to better professional performance - stronger decision-making, fewer missteps and more innovative ideas.

But it could also have a personal upside for chief executives: They might have fewer backstabbing managers bad-mouthing them to the media.

A new study recently featured in the Harvard Business Review and published online in the management journal Administrative Science Quarterly examines the relationship between chief executives, the managers who work for them, and the psychology of flattery and resentment. The study found that top managers who engage in "ingratiating" behavior - complimenting their boss, repeatedly conforming or agreeing with their views - were significantly more likely to admit to making negative comments about their CEO to journalists.

"People find it, at some level, demeaning to engage in ingratiation," said Jim Westphal, a professor at the University of Michigan's Ross School of Business, in an interview. "That triggers a feeling of resentment. People mis-attribute their own behavior to another person."

The study surveyed more than 3,800 senior managers - vice presidents and above - as well as their chief executives at public companies with at least $50 million in annual sales over a period of three years. Westphal and his co-authors, Michigan PhD student Gareth Keeves and University of Texas at San Antonio professor Michael L. McDonald, asked the top managers about their interactions with the chief executive, how often they agreed with their boss or made flattering comments to him, as well as open-ended questions about the kinds of remarks they had made in conversations with journalists about their chief executive, on or off the record. The chief executives were also asked about how often their managers in the study complimented them or agreed with their views.

Their hypothesis - that more flattery would lead to greater bitterness and, therefore, more carping about their chief executive to third parties - turned out to be true. Writing in HBR, the researchers said the size of the effect was "large," and that an increase in compliments to the chief executive was associated with an increase in resentment. In addition, higher levels of indignation were linked with more reported swipes at the chief executive when they were talking with reporters. A two-point increase in resentment, they wrote, was linked with about a doubling in the amount of criticism.

The researchers did not look for nasty on-the-record quotes from the managers about their bosses in subsequent news articles - something that doesn't happen often in the carefully controlled world of corporate communications - and Westphal acknowledges it's possible managers mis-recalled some of what they said to reporters. But the researchers did look at the overall tone and tenor of articles in subsequent months and had coders examine each sentence for negative commentary about the chief executive. After doing so, they found that, indeed, the coverage tended to be more negative about chief executives who managers said they had bad-mouthed.

One unsettling finding: Though the effect was seen across chief executives, the researchers showed that female or racial minority chief executives were particular targets of resentment from white male managers who worked for them. Westphal and his colleagues found that white men whose boss was a woman or racial minority were more likely to dump on her or him with a journalist.

"There's a sense that the flattery and ingratiation is perhaps less deserved than its would be toward a similar other," Westphal said.

Of course, "dump on" in a world of euphemistic corporate-speak is relative - the researchers interviewed journalists to come up with what might be considered negative commentary and came up with three categories. One was faint praise, given with qualifiers ("the CEO had a fairly good idea of how to approach the acquisition"); another was indirect negativity (pointing out that credit should be given to other management team members or the board); and finally, the least frequent comments - direct complaints (for instance, "the CEO made a mistake" on that decision).

Westphal said the research should be a reminder that although flattery and agreeable subordinates might make life easier - or feel good to hear - there is also a downside. It's up to the chief executive to cultivate more dissenting views and create an environment where it's okay to knock him or her, not only for the benefit of the organization but also for themselves.

Promoted
Listen to the latest songs, only on JioSaavn.com
Asked whether the finding might be replicated in less elite settings, where the ambitions of top executives aren't as present, Westphal thought they would. While there may be more egos at the top, workers lower on the corporate ladder who already hold a grudge for their position may feel even more resentful if they're expected to engage in flattery. "My hunch is this applies very broadly," he said.