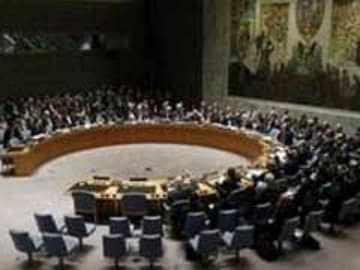 Dhaka: Bangladesh yesterday said it would withdraw its candidature for a non-permanent seat in the UNSC in favour of Japan, as the Japanese Prime Minister Shinzo Abe arrived in Dhaka on a two-day visit to boost economic and security ties.

"We would...withdraw Bangladesh's candidature (for a non-permanent seat on the UN Security Council) in favour of Japan," said Prime Minister Sheikh Hasina at a joint press briefing with Abe.

Abe, in response, expressed his gratefulness to Hasina for her broader cooperation.

The 2015 UNSC election will be held in October 2015 during the 70th session of the UN General Assembly for five non-permanent seats for a two-year mandate starting on January 1, 2016.

According to UNSC rules, the 10 non-permanent seats rotate among various regional blocks in which UN member states traditionally divide themselves for voting and representation purposes.

Bangladesh earlier today rolled out the red carpet as Abe arrived along with his wife and a 150-member strong entourage.

Hasina greeted them at the Hazrat Shahjalal International Airport in Dhaka.

Bangladesh described the visit as a "milestone" in relations and hoped to win Japanese investment for several mega infrastructure projects including a railway bridge and a tunnel under the mighty Brahmaputra River.

Abe's visit, the first by a Japanese premier to Bangladesh in 14 years, is aimed at boosting economic and security ties.

The Japanese premier is set to go to Sri Lanka at the end of his Dhaka visit -- again a first for a Japanese prime minister in 24 years.

Bangladesh and Sri Lanka lie along sea-lanes between the Middle East and East Asia. China has helped build ports in countries along the vital route.
Comments
Shinzo AbeDhakaBangladeshHasinaJapanUnited Nations