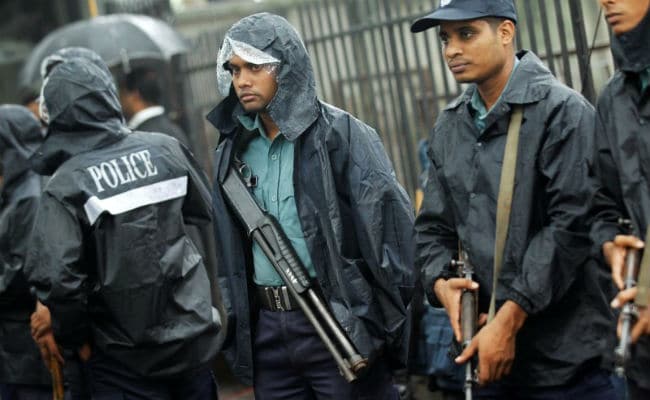 Dhaka: Bangladesh police said on Sunday they had arrested a suspected leader of an Islamist group wanted in connection with the death in 2015 a US blogger critical of religious extremism.

Roy, a US citizen of Bangladeshi origin, was hacked to death by machete-wielding assailants in February 2015 while returning home with his wife from a Dhaka book fair. Roy's widow, Rafida Ahmed, was seriously injured.

Rahman said Hossain, who was identified after analysing CCTV footage, was arrested on the outskirts of the capital, Dhaka, on Saturday.

"Acting on a tip-off, the counter-terrorism police unit arrested him," he told Reuters.

In the primary interrogation, he confessed his involvement in the killing of four other secular activists, Rahman said.

The arrest came after another suspected killer of Roy was detained early this month.

Muslim-majority Bangladesh of 160 million people has had a string of deadly attacks targeting bloggers, foreigners and religious minorities.

The most serious recent attack came in July 2016, when gunmen stormed a cafe in the diplomatic quarter of Dhaka and killed 22 people, most of them foreigners.

Police say the Ansar Ullah Bangla Team terror group is behind the murders of more than a dozen secular bloggers and gay rights activists. They believe a sacked army major, who is still at large, was the leader of the group and masterminded the killings.

Al Qaeda and the ISIS have also claimed responsibility for a series of killings over the past few years, including Roy's.

Promoted
Listen to the latest songs, only on JioSaavn.com
The government has denied the presence of such groups, blaming domestic terrorists instead. But security experts say the scale and sophistication of the cafe attack suggested links to a wider network.

Police and army commandos have killed more than 60 suspected terrorists and arrested hundreds since the cafe attack.
© Thomson Reuters 2017