He campaigned on a platform of change, seeking to implement term limits on the prime minister. 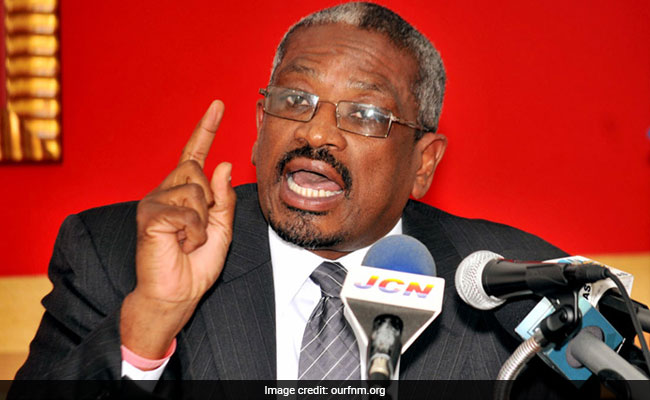 Hubert Minnis will be sworn in as prime minister on Thursday. (File Photo)

Nassau, Bahamas: Hubert Minnis emerged as the Bahamas' next prime minister on Wednesday in general elections that saw incumbent Perry Christie concede defeat. "My fellow Bahamians, the people have spoken," Minnis, a physician, said in a victory rally before thousands of supporters. "We have been given a mandate for change."

Christie, leader of Progressive Liberal Party, conceded defeat in a statement in which he said he had made a congratulatory telephone call to Minnis wishing the leader of the Free National Movement success.

"I understand as perhaps few others the challenges that await Dr Minnis, and I wish him only success on behalf of our nation. He has my full support for a smooth transition," he said.

Minnis will be sworn in as prime minister on Thursday by Governor General Marguerite Pindling.

Christie, who was finishing his second non-consecutive term as prime minister, was dogged by scandals and double-digit unemployment.

The long-delayed opening of a $4.2 billion mega-resort called Baha Mar, and last month's spectacular failure of the Fyre music festival -- which stranded partygoers who paid as much as $100,000 to attend -- were factors in the vote.

Minnis campaigned on a platform of change, seeking to implement term limits on the prime minister and promote "Bahamian ownership in the economy," according to his website.

"I support the FNM 100 percent, because I feel Christie was not doing a good job in the five years we gave him," Nassau resident Jmeail Dames said of the prime minister's current term.

Christie, 73, prompted condemnation earlier this year when he denied corruption accusations by raising his middle finger to reporters.

His education minister, Jerome Fitzgerald, is also embroiled in controversy over a shady multimillion-dollar business allegedly seeking contracts from the Baha Mar resort, which is controlled by Chinese investors.

Under construction for almost a decade with Chinese financing and construction workers, Baha Mar was taken over by a Chinese conglomerate in 2016 after its original developer tried to file for bankruptcy in the United States.

The island archipelago, which gained independence from Britain in 1973, heavily depends on tourism and foreign investment in resorts and other attractions.

More than 180,000 people are registered to cast their ballots for the 39 seats in the House of Assembly.

However, a polling station on the main island New Providence opened late following concerns about ballots, and some of those waiting left without voting.

Promoted
Listen to the latest songs, only on JioSaavn.com
International observers the Caribbean Community, the Commonwealth of Nations, the Organization of American States and the United States were invited to monitor the election.