Australian Police To Get Greater Powers To Shoot In Terrorist Sieges

Under the proposal, which is likely to be adopted in the state's parliament given the support for it, lethal force can be used immediately if an incident is declared "terrorist related" by the state's most senior police officer. 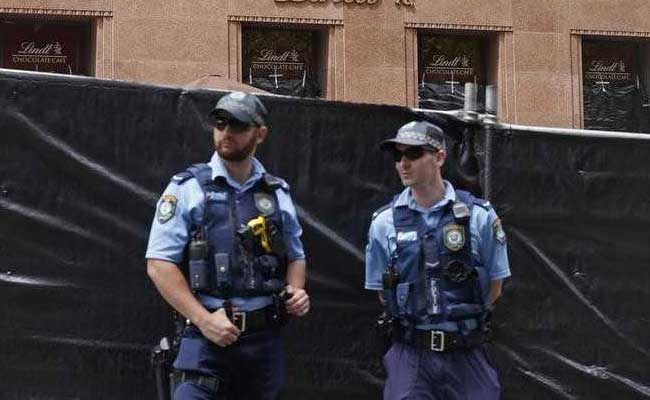 New South Wales police officers guard a post near the fenced-off site of the siege, Sydney

Sydney: Police in Australia's most populous state will be allowed to shoot suspects in "terrorist related" incidents even if the attacker does not pose an imminent threat, under a proposed law, New South Wales Premier Gladys Berejiklian said on Thursday.

The change comes after a series of "lone wolf" ISIS-inspired attacks, the most serious of which raised questions about the traditional police strategy of "contain and negotiate" in hostage situations.

Under the proposal, which is likely to be adopted in the state's parliament given the support for it, lethal force can be used immediately if an incident is declared "terrorist related" by the state's most senior police officer, Berejiklian told reporters in Sydney.

Currently, police have to wait until a suspect demonstrates an imminent threat to others.

Authorities said that law curtailed their ability to end a 2014 siege in Sydney's Lindt Cafe in which three people including the hostage-taker were killed.

Mick Fuller, commissioner of state police, said the change was needed to correct a "grey area".

"When you get in a situation like with Lindt and you have a sniper who is sitting 300 metres away looking through a scope, at the moment, they have to determine in their own minds whether they have the legal ability to use lethal force," Fuller told reporters.

"If it is uncertain, it is understandable an officer will hesitate."

Police waited more than 16 hours before storming the Lindt Cafe, and then only after the attacker had killed a hostage. Police killed the attacker but a second hostage was also killed by ricocheting fragments of a bullet fired by police.

Promoted
Listen to the latest songs, only on JioSaavn.com
The cafe siege, which began on Dec. 15, 2014, was Australia's most deadly violence inspired by ISIS terrorists.