This comes a few days after Albanese said that he will visit India in March next year. 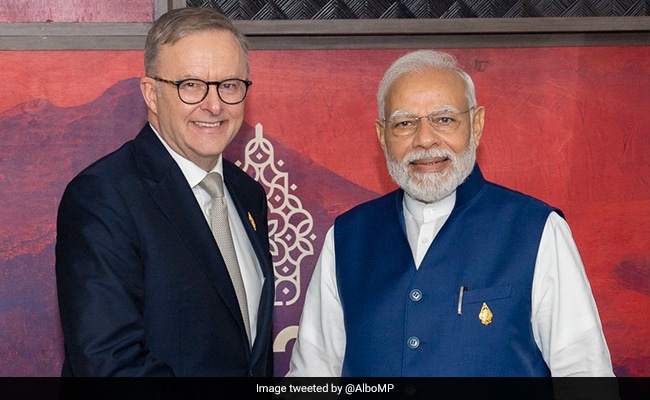 He announced this on the sidelines of the 17th edition of the G20 summit.

"BREAKING: Our Free Trade Agreement with India has passed through parliament," Albanese tweeted.

This comes a few days after Albanese said that he will visit India in March next year. He announced this on the sidelines of the 17th edition of the G20 summit.

"I also met with Prime Minister Modi of India, where we discussed the finalization of the closer economic cooperation agreement between Australia and India, which we regard as being very important for expanding the economic relationship between Australia and India. I will visit India in March," said Albanese while addressing the presser on Wednesday.

"We'll take a business delegation to India. And that will be an important visit and an upgrade in the relationship that we have between our two nations," he added.

"The quality of this Agreement, in terms of market access and opportunity for Australian businesses, demonstrates India's commitment to our bilateral economic partnership," Farrell said.

"India presents unparalleled growth opportunities for Australian business across a range of sectors, from food and agriculture, technology and green energy, to health and education services," he added.

The Australia-India Economic Cooperation and Trade Agreement (ECTA) was signed on April 2.

According to the Australian government, the agreement will secure Australia's foothold in the world's fastest growing large economy and enable Australian businesses to unlock or expand their operations in a market of nearly one and a half billion consumers.