Surendra Kumar Sinha has been accused of misappropriating and laundering about 4 crore taka in 2016. 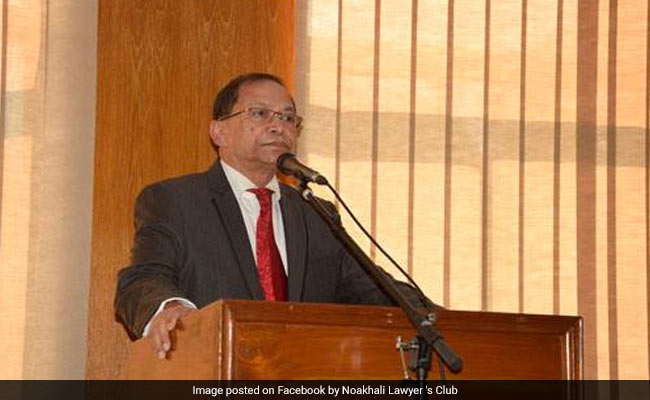 Surendra Sinha is said to have sought asylum in the US.

Surendra Kumar Sinha, who lives in the US, has been described as a "fugitive" by Bangladesh's Anti-Corruption Commission (ACC) in its chargesheet.

Judge KM Emrul Kayesh of Dhaka's Senior Special Judges'' Court took cognizance of the graft charges brought against the former Chief Justice "The judge ordered his arrest along with 10 others. He has been accused of misappropriating and laundering about 4 crore taka (USD 471,993) in 2016," public prosecutor Taposh Kumar Pal told reporters. The others accused in the scam are top officials.

Bangladesh's anti-corruption body said Surendra Sinha and 10 others embezzled 40 million taka from Farmers Bank. Officials found evidence of fraud involving transactions of 40 million taka borrowed with fake documents by two businessmen from the bank while the amount was deposited in Sinha's account.

Surendra Sinha, who is said to have sought asylum in the US, served as the 21st Chief Justice of Bangladesh from January, 2015 to November, 2017. The case came days after his newly-launched autobiography brought him in political spotlight over two years after he was forced to quit amid a row with the government.

He was forced to resign in 2017 following intimidation and threats, drawing a sharp reaction from Prime Minister Sheikh Hasina who accused some anti-government newspapers of backing him.