German media poll puts Angela Merkel's Christian Democrats and Christian Social Union Bavarian sister party at 38 per cent, up from 36 per cent a week ago. 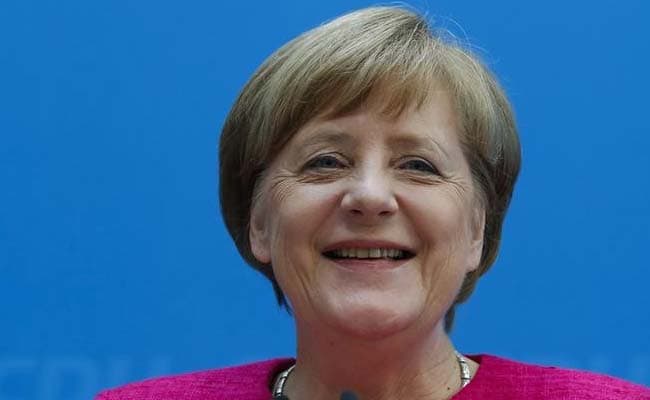 Angela Merkel's conservatives is leading over the Social Democrats by 12 percentage points.

The Forsa poll for the weekly magazine Stern and broadcaster RTL put Merkel's Christian Democrats (CDU) and their Christian Social Union (CSU) Bavarian sister party on 38 per cent, up from 36 per cent a week ago. The SPD fell three points to 26 per cent.

Forsa carried out the poll before an important state election on Sunday won by the CDU. Other polls have put the conservatives about 9-10 percentage points ahead of the SPD nationally.

The latest Forsa poll adds to expectations that the conservatives will win the September 24 federal vote. Merkel, first elected in 2005, will be seeking a fourth term.

The conservatives upset the governing SPD in an election on Sunday in North Rhine-Westphalia, Germany's most populous state and a longtime SPD stronghold that is seen as an indicator of the national electoral mood.The Forsa poll put the liberal Free Democrats (FDP), the conservatives' preferred coalition partner, on 8 per cent, giving the two groups 46 per cent altogether.
The SPD, environmentalist Greens (7 per cent) and the hard-left Die Linke (8 per cent) together have 41 per cent.

The nationalist Alternative for Germany (AfD) party, which has no political allies, is on 7 per cent.
The poll was conducted May 8-12, included 2,506 respondents and had a margin of error of +/- 2.5 per cent.
© Thomson Reuters 2017

(Except for the headline, this story has not been edited by NDTV staff and is published from a syndicated feed.)
Comments
Angela MerkelGermany electionsAngela Merkel on brexitEuropean UnionEurope refugee crisis