This week's China visit was Kim's first overseas trip by air since inheriting power in 2011 -- he took the train to Beijing in March. 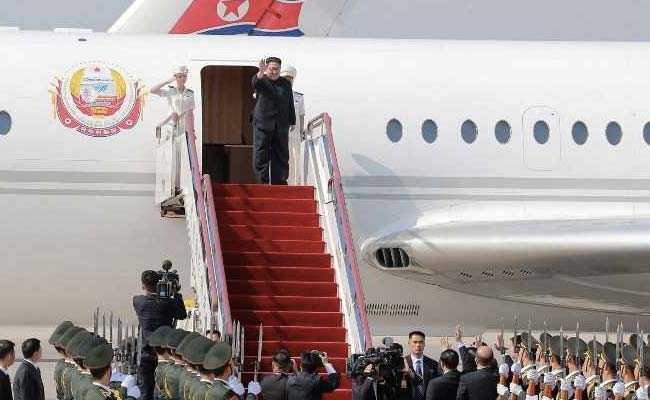 Despite its comfortable furnishings, analysts have raised doubts about aircraft's reliability.

Seoul, South Korea: The plane that flew Kim Jong Un to China this week is officially known as "Chammae-1", or Goshawk-1, after the national bird of North Korea -- but the leader's personal jet is perhaps more memorably dubbed "Air Force Un".

North Korea's official name and flag appear on the ageing Soviet-made aircraft, which first emerged four years ago and has carried Kim on various trips across his country in the past.

Glimpses of the jet's interior are rare, but images carried by the official Rodong Sinmun newspaper on Wednesday showed Kim seated in a plush leather armchair, looking out of the window and waving at his Chinese hosts.

The Cold War-era Ilyushin-62 is adorned with a red-and-yellow national emblem, ringed with the phrase "Chairman of the State Affairs Commission", a lengthy moniker that is Kim's main political title.

Kim, who is in his 30s, is not president of the reclusive state as the role is still filled by his grandfather Kim Il Sung, despite his death in 1994.

This week's China visit was Kim's first overseas trip by air since inheriting power in 2011 -- he took the train to Beijing in March when he made his international debut. 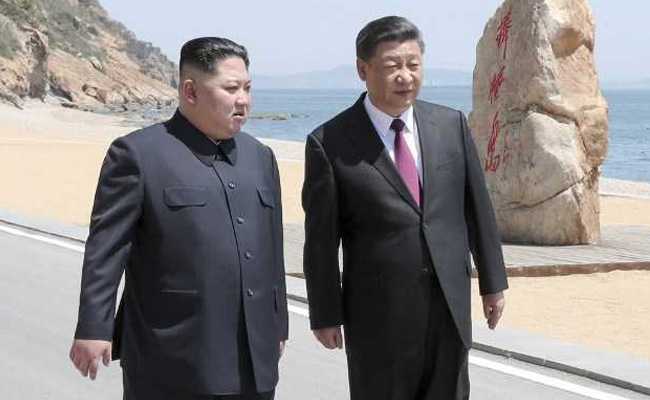 This was Kim Jong Un's second visit to China since March.

But despite its comfortable furnishings, analysts have raised doubts about the aircraft's reliability due to its age and questions over its maintenance.

That could be a possible issue in the choice of venue for the forthcoming summit between Kim and US President Donald Trump, with possible locations for the meeting reportedly including Singapore and Mongolia, with  Switzerland mooted previously.

In the images, cabled devices that looked like a telephone, an intercom and a router were neatly lined up on the polished wooden desk, as Kim sat in front of a silver laptop.

A colour monitor apparently displaying the travel route appeared to be installed above the window next to his seat.

Kim and his wife were first photographed disembarking onto a red carpet from the jet in May 2014.

Promoted
Listen to the latest songs, only on JioSaavn.com
Since then he has regularly flown domestically, displaying a passion for air travel that is in stark contrast to his father and predecessor Kim Jong Il, who hated flying and only used high-security trains for overseas trips during his 17-year term.


(Except for the headline, this story has not been edited by NDTV staff and is published from a syndicated feed.)
Comments
Kim Jong UnKim Jong China VisitXi Jinping