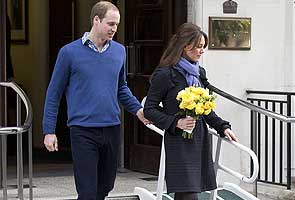 London: As pranks go, this one appeared outrageous and obnoxious rather than malicious: After convincing a hospital nurse who answered the phone this week that they were Queen Elizabeth and Prince Charles, two Australian radio hosts then tricked another nurse into disclosing medical information about the pregnant Duchess of Cambridge, who had been admitted with acute morning sickness.

The call was broadcast on Australia radio; then it went out around the world.

But the incident took a horrific and unexpected turn Friday, when the nurse who answered the call, 46-year-old Jacintha Saldanha, was found dead, an apparent suicide.

The Metropolitan Police would not release details of the death, except to say that they had received a call reporting that there was an unconscious woman in Weymouth Street, in central London, and two ambulance crews had arrived to find Saldanha already dead. A police spokesman said they were not treating the death as suspicious.

It was unclear what exactly had happened since the prank itself to make Saldanha, who was reportedly married and had two children, take her life. King Edward VII's Hospital, where she worked, said it had not disciplined her, but rather had been "supporting her during this difficult time." Nor, apparently, had the royal family raised a fuss with the hospital, an exclusive private institution that has long been the hospital of choice for Britain's royals.

"At no point did the palace complain to the hospital about the incident," a spokesman for St. James' Palace said. "On the contrary, we offered our full and heartfelt support to the nurses involved and the hospital staff at all times."

The turn of events was seen as so shocking that it provoked a response from even the prime minister of Australia, Julia Gillard, who called it "a terrible tragedy."

Whatever the immediate impetus for Saldanha's death, the incident was a sobering reminder of the harm that can come in a media landscape where the boundaries between news and entertainment are blurred, where hosts and programs find increasingly outrageous ways of attracting attention, often without considering who might get hurt along the way; and where anything out of the ordinary - an embarrassing video, a humiliating audio clip, a bit of foolish behavior - tends to spread quickly via the Internet, and seems to never go away.

Britain's tabloids have long sought ways to penetrate the royal family's carapace, to get past the barriers and the press operatives to the humans underneath.

In 2007, a News of the World reporter was jailed for hacking into the voice mail of members of the royal household. Four years earlier, The Daily Mirror published a series of photographs of the inside of Buckingham Palace - showing that the queen's cereal was brought to the table in Tupperware containers and that the Duke of York's apartment contained stuffed animals and a cushion saying, "Eat, sleep and remarry" - after one of its reporters underhandedly got a job as a royal footman. And in 1995, a Canadian DJ, pretending to be Jean Chretien, then the Canadian prime minister, somehow got through to Buckingham Palace and spent 15 minutes talking to the queen about, among other things, Quebec's referendum on proposals for independence. The palace called the incident "irritating and regrettable."

The latest breach came courtesy  of the Sydney radio station 2Day FM, during a program presented by the DJs Mel Greig and Michael Christian. The station had gotten into trouble before: In 2009, it was reprimanded by the government's media watchdog after a 14-year-old girl, attached to a lie detector during a live broadcast, revealed that she had been raped; last year, the watchdog imposed tough new licensing conditions on the station after one of its hosts called a journalist a "fat slag" and threatened her on the air.

On Tuesday, Greig took on the role of the queen, while Christian pretended to be Prince Charles. Telephoning the hospital, Greig asked to be put through to "my granddaughter Kate" - the duchess.

The hospital would not confirm that Saldanha was the person who took the call, but reports in the British news media said that she was, and that she had been filling in at the hospital reception desk in the early morning hours. Responding to the person she thought was the queen, she said "Oh, yes - just hold on, ma'am."

She then transferred the call to a duty nurse, who revealed that the duchess was "stable," that she had had "an uneventful night," that she had been given fluids and was sleeping on and off and that she had not been "retching."

The hospital was fooled, despite the call having been almost laughably amateurish. At one point, for instance, Greig, playing the queen, asked the fake Charles when he planned to "walk those bloody corgis." Barking noises could be heard in the background.

When news of the hoax got out, it was condemned as a "foolish prank" by the hospital, which said it would review its telephone procedures. In Australia, the hosts issued an anemic statement saying "we're sorry if we've caused any issues," even as the station continued to promote the incident as "the prank call the world is talking about."

On Twitter, the two DJs bragged about the hoax. Greig - a former contestant on the Australian version of "The Amazing Race" - told Australian reporters that she was surprised the call had gotten through and had fooled anyone, given her poor English accent. "This is by far the best prank I've ever been involved in," the Adelaide Now newspaper quoted her as saying. "It's definitely a career highlight."

By late Friday - early Saturday in Sydney - the station had posted a new statement. It was "deeply saddened by the tragic news of the death of nurse Jacintha Saldanha from King Edward VII's Hospital," the statement said. "We extend our deepest sympathies to her family and all that have been affected by this situation around the world."

The statement added that Christian and Greig would both remain off the air indefinitely, "out of respect for what only can be described as a tragedy."

But the apology was met with little sympathy on social media sites. "You weak dogs. You've got blood on your hands now," Aaron Reschke from South Australia wrote on the station's Facebook page. "Both presenters and their producer should be charged over this woman's death."

Back in London, the hospital said that Saldanha had been a nurse there for four years. "She was an excellent nurse and well-respected and popular with all of her colleagues," it said.

Promoted
Listen to the latest songs, only on JioSaavn.com
In a statement, the chief executive of the Royal College of Nursing, Dr. Peter Carter, said: "It is deeply saddening that a simple human error due to a cruel hoax could lead to the death of a dedicated and caring member of the nursing profession."