After US Tariff Threat, France Isn't Quaffing Champagne The Way It Did

Even as overseas markets continued their growth, a decade-long slide in domestic demand worsened in 2018, with sales in France falling by 6.5 million bottles. 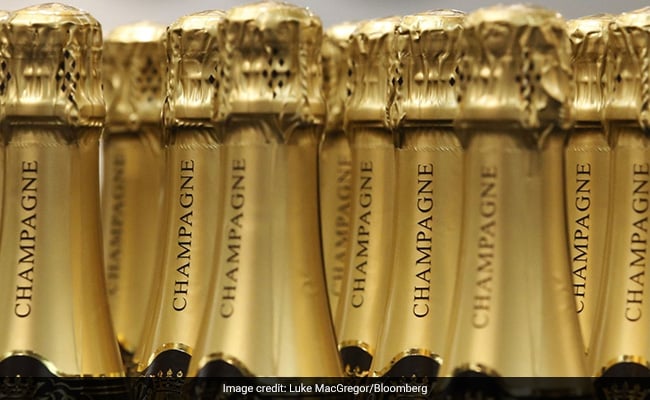 Champagne sales in France fell by 6.5 million bottles in 2018.

As President Donald Trump targets Champagne in an escalating trade tussle with Europe, makers of one of France's quintessential luxuries are losing support from domestic drinkers.

Corks are popping less abundantly in France, an additional headache for Champagne producers already facing the double threat of U.S. tariffs and the U.K.'s planned exit from the European Union.

Even as overseas markets continued their growth, a decade-long slide in domestic demand worsened in 2018, with sales in France falling by 6.5 million bottles. The slump appears to have continued this year after a plunge in sales during the country's autumn wine promotions. To top it off, a transport workers' strike dragged on into the Christmas season, cutting end-of-year spending.

"In a difficult economic and geopolitical context, the uncertainties linked in particular to Brexit and the French market remain, and still call for much caution," producer Laurent-Perrier said this month in warning about the outlook for its fiscal year through March. The company said its Champagne sales fell 0.6% in the first half.

While globally recognized brands like LVMH's Dom Perignon and Pernod Ricard SA's Perrier-Jouet have ridden a wave of export demand over the past decade, domestic drinkers remain key to the industry. About 147 million Champagne bottles were shipped in France last year, roughly three times as many as the combined total of the U.K. and the U.S., the top two export markets.

French supermarkets have long helped drinkers stock their cellars ahead of the holidays with two-for-one promotions that cut the per-bottle cost to less than 10 euros ($11). This year, a new law aimed at boosting prices for farmers barred retailers from dangling such loss leaders. That contributed to a 34% slump in Champagne sales during retailers' autumn wine fairs, according to research firm Nielsen.

The plunge during the September and October sales exacerbates a trend of falling Champagne demand in France as cheaper alternatives gain traction. Volumes sold in supermarkets fell 3.5% in 2018, while foreign bubbly such as Spanish Cava and Italian Prosecco jumped 58%, according to data from Symphony IRI published by FranceAgriMer, a trade group for farming and fishing.

"There will certainly be a lot of volume that is not finding a home, and that's never good for an industry," said Nathalie Viet, head of France's Syndicat des Cavistes, a union of specialist wine sellers.

Shoppers are tempted when they can buy a good bottle of foreign bubbly for 10 euros less. "For Champagne," Viet said, "there's a feeling that the price doesn't always correspond to the underlying product."

Champagne producers shouldn't expect near-term relief from their biggest export markets. In the U.K., a series of unmet Brexit deadlines contributed to a buildup of stocks that could weigh on demand in coming months as retailers unwind excess inventories, according to Thibaut Le Mailloux, a spokesman for industry lobby Comite Champagne.

The U.S., the second-biggest overseas destination, is threatening 100% tariffs on the drink in response to a French digital-services tax affecting the likes of Alphabet Inc.'s Google and Amazon.com Inc.

Laurent-Perrier shares have dropped about 7% in the past 12 months, compared with a 30% gain for France's CAC AllShares Index. Another top producer, Vranken-Pommery Monopole SA, slipped 15%, while Lanson-BCC declined 10%.

While volumes are falling steeply, the outlook isn't entirely bleak, as the value of the domestic market has declined less. That's thanks to bright spots like Champagnes from small growers, which wine shops and restaurants are encouraging consumers to drink with food. Luxury labels like LVMH's Ruinart are also expanding thanks to revamped marketing that's positioned it as a favorite of the fashion crowd.

Etienne Calsac, an independent producer, said the French supermarket law hasn't hurt him, but he worries about the trade spat with the U.S., where so-called grower Champagnes have become popular in recent years.

"I could adapt and get some other markets to take more bottles," he said. "But for the Champagne sector on the whole it would be catastrophic if these tariffs go through."