A solar eclipse on August 21 will cast a shadow along a 113-kilometer corridor stretching from Oregon to South Carolina in the US and could wipe wipe out power equivalent of about nine nuclear reactors. 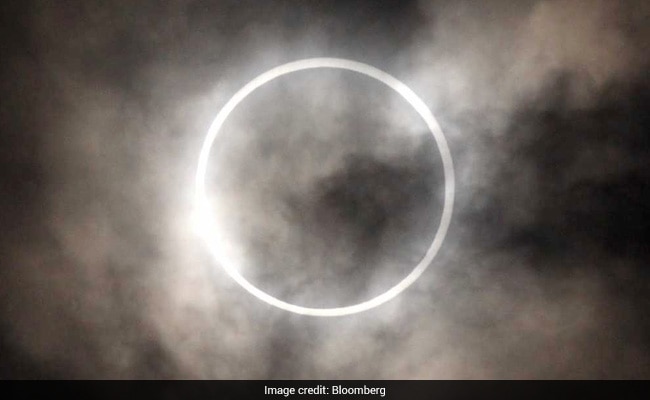 Experts predict that a solar eclipse on August 21 will have a huge impact on power generation in the US.

The eclipse set to darken skies next month threatens to sideline solar farms and rooftop panels in a wide swath of the U.S., wiping out enough power generation to supply about 7 million homes.

This rare event, during which the moon will completely obscure the sun, will cast a shadow along a 70-mile-wide (113-kilometer) corridor stretching from Oregon to South Carolina on Aug. 21. Based on a Bloomberg calculation of grid forecasts, more than 9,000 megawatts of power generated by massive solar farms and rooftop panels may go down. That's the equivalent of about nine nuclear reactors.

The impact is a testament to the ninefold increase in solar installed in the U.S. since 2012 and highlights the risks associated with relying on an intermittent resource such as the sun for power. The onslaught of wind and solar resources is already regularly contributing to wild swings in power supplies across grids, sending wholesale electricity prices below zero on some days.

On Thursday, PJM Interconnection LLC, operator of the nation's largest power grid covering a large part of the eastern U.S., estimated the eclipse could take out as much as 2,500 megawatts of solar generation on its system from about 1:30 p.m. to 3:40 p.m. North Carolina and New Jersey may bear the brunt because so many panels are installed in those states. PJM said rooftop solar panels will account for 80 percent of the anticipated outages.

The duration of the eclipse (12:05 p.m. to 4:09 p.m. New York time) is too short to meaningfully boost demand for fossil fuels. But it could trigger spikes in wholesale power prices, especially since demand tends to surge in the summer as people blast their air conditioners. The last time the contiguous U.S. saw a total eclipse was in 1979, according to NASA.

"If it is sunny and all of the sudden the eclipse comes through, there may be a pricing spike in real-time" power trading, said Tom DiCapua, managing director at Con Edison Energy in Valhalla, New York.

California may see the biggest impact to solar generation as it meets about 40 percent of the state's demand on some days. The eclipse stands to dim solar radiation by about 70 percent, said Dave Quinn, a power market analyst at energy data provider Genscape Inc.

Promoted
Listen to the latest songs, only on JioSaavn.com
According to California's grid operator, generation from large solar farms may plunge by 70 megawatts a minute over an 82-minute period and then begin surging 90 megawatts a minute as the sun re-emerges. The market will need to fill a gap of 6,008 megawatts, Steven Greenlee, spokesman for the grid operator, said by email.

Texas's power grid operator expects the eclipse to affect about 600 megawatts of solar generation over an hour to 90 minutes. The operator of a grid that stretches from the Midwest into Louisiana estimated a potential impact of as much as 125 megawatts.