The assault last Friday on a rural school in Kankara, Katsina state was initially blamed on criminals, known as bandits, who have terrorised the region for years. 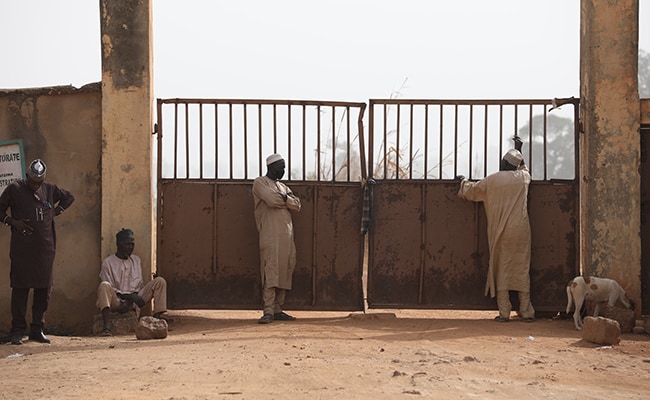 Two officials put the number of schoolboys at 320 and 333, while Kankara locals put it at more than 500

Over 300 Nigerian schoolboys were released on Thursday after being kidnapped in an attack claimed by Boko Haram, officials said, although it was unclear if any more remained with their captors.

The assault last Friday on a rural school in Kankara, Katsina state in northwest Nigeria, was initially blamed on criminals, known as bandits, who have terrorised the region for years.

But on Tuesday Boko Haram, the brutal jihadist group behind the abduction of 276 schoolgirls in Chibok in 2014, claimed responsibility for the raid.

After a six-day ordeal, local officials said the boys had been released.

"344 are now with the security agencies and will be moved to Katsina this night," governor Aminu Bello Masari said.

"They will be given proper medical attention and care before being reunited with their families."

"This is a huge relief to the entire country & international community," President Muhammadu Buhari said on Twitter.

It remained unclear, however, if all the abducted schoolboys had been released, amid ongoing uncertainty over the number taken in the first place.

In a video released by Boko Haram Thursday, a distraught teenager said he was among 520 students kidnapped.

"No one can give the exact number of the children," a security source told AFP Thursday, saying the schoolboys were left in the forest after negotiations with the government.

"The children are being gathered in the town of Tsafe in Zamfara state and nearby Yankara in Katsina state."

"The actual number of freed children will only be known after a head count when they arrive (in the state capital) Katsina. Any figures given are a conjecture," the same source added.

- Alliance of 'bandits and terrorists' -

Sources had previously told AFP that the raid was carried out by a well known criminal in the region, Awwalun Daudawa, in collaboration with Idi Minorti and Dankarami, two other crime chiefs with strong local followings, acting on behalf of Boko Haram.

Experts recently warned of attempts by jihadists -- operating in the northeast of the country, hundreds of kilometres (miles) from where Friday's attack occurred -- were attempting to forge an alliance with criminal gangs in the northwest.

President Buhari's official spokesman said "the northwest now presents a challenge which his administration is determined to deal with," spokesman Garba Shehu said on Twitter.

"It is unfortunate that the bandits and terrorists continue to get weapons even under the circumstances of the border closure. We are going to dare them."

Many parents of the missing students in Kankara said they had long feared an attack, given escalating violence in the region.

"Our children told us armed men would come up to the school fence but they never breached the fence... until last Friday," Hauwa'u Isah, mother of an abducted child said.

Around 8,000 people have been killed in the northwest since 2011, according to the International Crisis Group (ICG) think tank.

#BringBackOurBoys started trending on social media earlier this week, in reference to a similar hashtag after the Chibok kidnappings.

Small protests to push for the boys' release took place in Katsina on Thursday as president Buhari was visiting the state.

"Why we are here today is because we want to tell the Federal Government that what they are doing is not enough," protester Jamilu Aliyu Turanci said.

"Mr President has failed us."

Major Paper Crisis In Pak, Students May Not Get New Books In Next Session