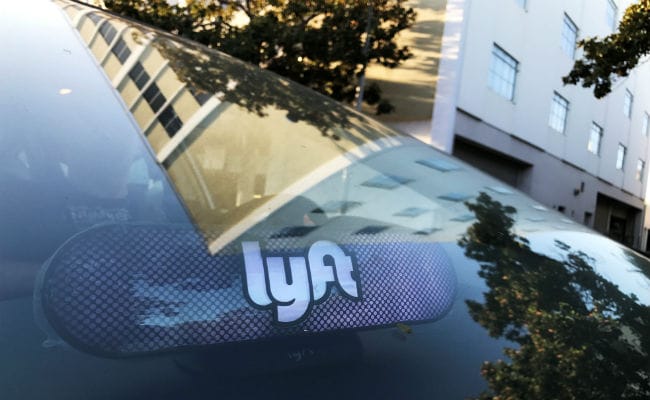 Lyft has announced a number of safety changes as passengers came forward with their allegations.

Twenty more women have come forward alleging they were raped or sexually assaulted while using Lyft, adding to a growing list of legal complaints against the ride-hailing company from passengers who say they were targeted by drivers on the app.

The lawsuit, filed by attorneys in San Francisco Superior Court on Wednesday, follows a September complaint they filed on behalf of 14 women who alleged they were sexually assaulted or raped after Lyft let "known sexual predators" transport passengers in locations around the country, and the company's safety oversights led to reports of sexual assault.

"Lyft's response to this sexual predator crisis among Lyft drivers has been appallingly inadequate," according to the suit, which alleges that Lyft has been aware of the issues for four years and has failed to take action.

Lyft spokeswoman Alexandra LaManna said in a statement that no one should have to endure what the women in the lawsuit describe and that women still face disproportionate safety risks. "We recognize these risks, which is why we are relentless in our work to build safety into every aspect of our work," she said. "That means continually investing in new features and policies to protect our riders and drivers."

Lyft has announced a number of safety changes amid the scrutiny as passengers came forward with their allegations. They included in-app 911 integration, or a "panic button" that essentially allows passengers to report an incident directly to authorities. Lyft has also instituted driver sexual harassment prevention courses, in addition to prominently displaying the license plate numbers of drivers, along with users' location and vehicle information to make that information easy to give to authorities.

The Washington Post previously reported that nearly a dozen women felt Lyft's responses to sexual harassment and misconduct on the platform fell short and failed to address the problem in the eyes of the victims. The Post later reported on a new standardized decision-making structure Lyft was instituting to determine how to respond to allegations of serious misconduct on the platform, lessening the reliance on the human judgment of hired Trust & Safety specialists. As part of the changes, Lyft would review some previous driver deactivations to determine whether to bring previously booted drivers back on board, The Post reported.

LaManna said at the time that the new structure was aimed at removing bias from important safety decisions and that there had been no fewer deactivations of drivers on average.

The complaint in San Francisco Superior Court took aim at that new system.

In the latest suit, filed by attorneys from the same San Diego-based firm, Estey & Bomberger, 20 women including six named plaintiffs say they were raped or sexually assaulted by Lyft drivers. The passengers included a woman who alleged she fell asleep in the back seat of a car only to wake up with her Lyft driver on top of her "with his tongue in her mouth." Another woman alleges she was pressured to drink tequila provided by the driver, who then sexually assaulted her.

The women alleged in the suit they turned to increasingly frantic measures to buy time or make their harassers stop. One alleges she said she had HIV to scare the driver, another alleges she had to stop to retrieve asthma medication to make time for police to show up. A third urinated in the back seat to make the driver stop sexually assaulting her, the suit alleges.

Further, the suit alleges, Lyft has stonewalled law enforcement in efforts to investigate the incidents, concealed from the public the nature and full extent of the problem, and fostered a culture that has silenced victims of rape and sexual assault on the platform.

Attorneys argue that Lyft, not the victims, should be responsible for the medical costs and the toll the incidents have taken on them. They said Lyft doesn't give passengers adequate warning about the risks of using the app, or subject drivers to any "real screening," and it has prioritized profits over the safety of the platform.

Lyft said drivers are screened for criminal and driving offenses before giving rides on the platform. The company also has continuous monitoring of criminal offenses so background checks remain up to date and is instituting rolling driving record reviews.