Russia said the attacker was a 45-year-old Moscow resident and that he had been taken to a police station. 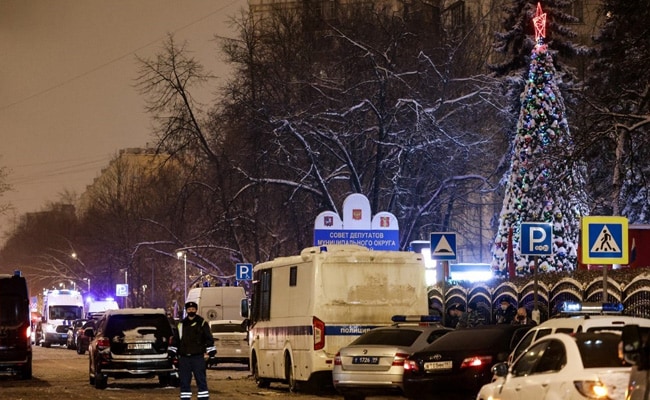 Moscow: The shooter will undergo a psychiatric examination.

Two people were killed and four were injured when a gunman opened fire inside a public services office in Moscow on Tuesday, city authorities said.

"As a result of the shooting by an unknown person, two people were killed," the mayor of the Russian capital, Sergei Sobyanin, said on Twitter.

The Russian interior ministry said the attacker was a 45-year-old Moscow resident and that he had been taken to a police station.

Deputy mayor Anastasia Rakova said two employees of the centre -- "an administrator and a security guard" -- were killed in the shooting.

She said four people were injured, including a 10-year-old girl.

The child was in a "serious" condition and had been taken to a children's hospital. Three wounded adults were being operated on, Rakova said in a statement on Telegram.

The incident took place at a multi-functional government office that deals with a variety of administrative issues in south-eastern Moscow.

Rakova said the Ryazansky Public Offices Centre's staff and visitors were "immediately" evacuated when the shooting started at around 3:00 pm Moscow time (1200 GMT).

In a statement, the Russian interior ministry said the man entered the centre "and started firing at the citizens there, after which he tried to hide."

A law enforcement officer who was at the scene "managed to catch and neutralise the attacker," the ministry said, quoting its representative Irina Volk.

Several agencies also reported that the attacker was a former military serviceman.

The shooter's identity and his motivations have not yet been disclosed.

Killed 'On The Spot'

In a statement, it said a man had entered a room in the government-run building and "opened fire with a firearm on the people who were in the room."

"Two people were killed on the spot from their injuries," it said.

The wounded, including the child, were being given medical help, the committee added.

The shooter will in the meantime undergo a psychiatric examination.

Mass shootings in Russia are rare but the country was rocked by two separate tragic killing sprees -- one at a school, another at a university -- this year, spurring lawmakers to tighten laws regulating access to guns.

Authorities have blamed foreign influence for previous school shootings, saying young Russians have been exposed online and on television to similar attacks in the US and elsewhere.

In one high-profile public shooting in 2019, a gunman opened fire near the FSB domestic intelligence agency headquarters in central Moscow, killing an officer and wounding five people.

Other high-profile shooting cases have taken place in Russia's army.

In November 2020, a 20-year-old soldier killed three fellow servicemen at a military base near the city of Voronezh south of Moscow.

In a similar attack in 2019, a young recruit shot dead eight servicemen.