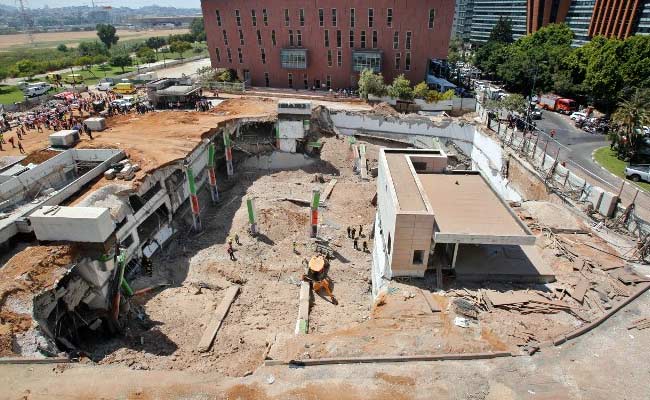 The incident occurred at a construction site in north Tel Aviv. (AFP Photo)

Tel Aviv: A multilevel underground parking garage collapsed at a Tel Aviv construction site today, killing at least two people and injuring some 17 others, according to police and rescue workers.

The midday collapse sent a large plume of dust floating over the area. TV images showed a large, crater-like hole in the ground, and twisted support beams as rescue teams, accompanied by search dogs, dug through the rubble for survivors. The cause of the collapse was under investigation.

A construction worker from the site said he was underground in the garage when he began to feel vibrations.

"All of a sudden everything collapsed," the man, identified only as Micha, told Channel 10 TV. "It was scary. You feel like everything is going to collapse, and you are going with it." Speaking to reporters at a hospital, he said he was blown backward by the blast and lightly injured.

Promoted
Listen to the latest songs, only on JioSaavn.com
The incident occurred at a construction site in Ramat Hahayal, a commercial area in northern Tel Aviv. The neighborhood is home to many high-tech businesses, restaurants and a hospital.