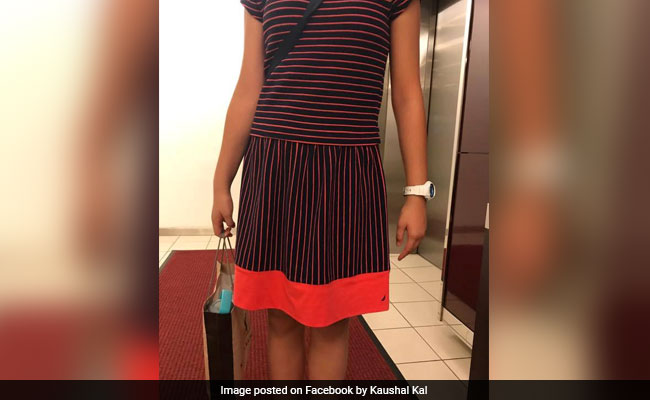 After the treatment, the coach said the girl and her family are hoping for a public apology.

A 12-year-old chess champion in Malaysia was forced to withdraw from a youth tournament in the country after tournament organizers deemed her knee-length dress too "seductive," the girl's coach said.

The tournament director of the National Scholastic Chess Championship held April 14-16 made the call personally, the coach noted, after finding the dress to be "temptation."

"We found this statement completely out of line!" youth chess coach Kaushal Khandhar wrote on Facebook.

He said the incident left his student feeling "extremely disturbed, and embarrassed."

Dress codes in chess are not unusual, as FIDE, world chess's governing body, allows tournament organizers to set them before their events to ensure participants maintain a "dignified appearance." In certain Muslim-majority countries, such as Iran, organizers may require female participants to follow local customs, including covering their hair with headscarves.

Malaysian women, however, do not face the same restrictions, and skirts or shorts that extend to the knee are commonly worn in public spaces.

"I have been playing chess in Malaysia for almost two decades and I have never heard this type of issue ever in any tournaments in Malaysia," Khandhar added.

Making matters worse, the coach said, was the timing of the incident. The girl apparently was able to play in the dress without incident in the first round of the tournament but was pulled aside in the middle of the second round Thursday and told her attire didn't conform with the dress code.

Khandhar said tournament organizers gave the girl the option to go purchase a pair of slacks and return to the event the next day, however, Khandhar said by the time that offer was made it was past 10 p.m., and all the shops had closed. They would not open again in time to meet the next day's call time of 9 a.m., meaning the girl had no choice but to withdraw.

"We are absolutely DISGUSTED by the treatment of Tournament Director to a 12-year-old girl and her mother," Khandhar continued. "This incident has resulted in loss of time and money which was invested before, during and after the tournament on coaching, registration fees, traveling, accommodation and other incurred costs."

Khandhar said the girl and her family are hoping for a public apology.

The unnamed tournament director has not commented on the allegations specifically, but told the Malay Mail Online on Friday that the would be lodging a police report.

Meanwhile, the Malaysian Chess Federation told the paper an investigation of the incident is underway. A spokesman for the governing body said it had already reached out to the girl's mother, whose statement on the incident did not exactly match the coach's.

Promoted
Listen to the latest songs, only on JioSaavn.com
"The claim (Khandhar) posted is different from the official complaint (from the mother)," the MCF told the Malay Mail Online, noting it could not comment further due to legal concerns. "We will take action once the report comes out."