Kerala Chief Minister Pinarayi Vijayan, however, told the media, that he is yet to see the letter of Leader of opposition Ramesh Chennithala. 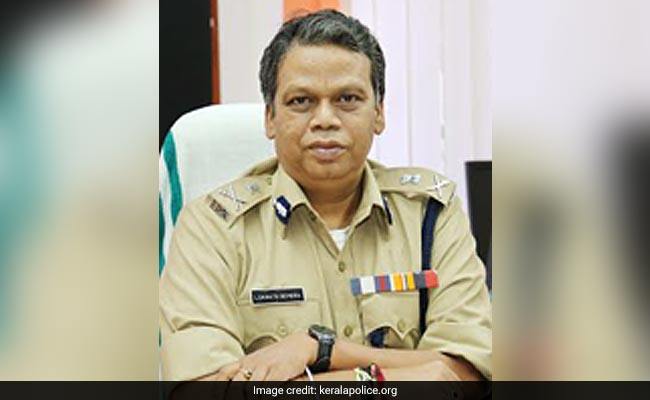 Kerala Police Chief Loknath Behera has refused to comment on the controversy. (File)

The Congress on Thursday wrote to the Kerala Chief Minister Pinarayi Vijayan seeking the removal of top cop Loknath Behera and sought the CBI and NIA probes over findings against him by the Comptroller and Auditor General (CAG) 2019 report that came out on Wednesday.

Pinarayi Vijayan, however told the media, that he is yet to see the letter of Leader of opposition Ramesh Chennithala.

"Moreover, I have said there are procedures in the way CAG reports are handled. I will reply to what has surfaced in the Kerala Assembly as that's the way," said Pinarayi Vijayan.

The assembly will now meet again on March 2, after a short break.

Loknath Behera, however said he will not speak anything when the reporters questioned him on Wednesday.

Ramesh Chennithala in his letter to Mr Vijayan says that Loknath Behera is one of the seniormost officials in the country and has "blatantly violated all basic guidelines".

"The CAG report has glaring omissions on the part of Loknath Behera and hence he has to be removed. Since the issues relate to 25 missing rifles and cartridges, diversion of funds in violation of the norms, Vijayan should first remove Loknath Behera and then order appropriate CBI and NIA probe," said Ramesh Chennithala in his letter to Mr Vijayan.

Ramesh Chennithala is expected to call on Kerala Governor Arif Mohammed Khan in the coming days to brief him on the issue.

Meanwhile, senior Congress legislator, PT Thomas, who had raised allegations of corruption against Loknath Behera in the floor of the assembly on Wednesday, said what has come out in the CAG report is only the tip of the iceberg.

"The state police chief is the highest officer in the Police department and hence the need of the hour is, first Loknath Behera should step down and Pinarayi Vijayan should order the appropriate probe by an outside agency. Yesterday when Pinarayi Vijayan was replying to my statements, he was beating around the bush and shied away from answering my questions. In the coming days more and more revelations will be coming out," said PT Thomas.

The report also points out a collusion between Keltron (State Public Sector) and the police over the purchase and it has now surfaced that a special programme by Cyber Identity Management System (CIMS), which links the state police headquarters with external private agencies through CCTVs to maintain safety and security of homes and business establishments was a deal that was done by keeping many in the dark.

The police department purchased two bullet resistant vehicles for security of VIPs, VVIPs and Z+ category visitors to Kerala at a total cost of Rs 1.10 crore without inviting tenders.

Arunlal, a member of the CCTV suppliers and distributors said this was a clandestine deal done by Keltron and the Police as a company that got the contract did not get it through the proper channel.

"When we heard about this project we had approached the Keltron, whose official said that they have done things according to the law. But none knew about the so called global tender, which the company that is implementing it, won," said Arunlal.

Meanwhile, Bernard who is attached to Galaxon - the company that got the CIMS project said that they have come through the proper channel and are experienced in this field and have bene working with similar projects in UAE.

"There is a government order, which has assigned us the work," said Bernard.

"Now let us wait for the Assembly public accounts committee, as that's the rule when they examine it, said Kanam Rajendran.

Special cell to tackle traffic cases in the city