The second incident in the Telangana village has unearthed what locals and investigators fear is a series of similar cases. Police also suspect that the teenagers may have been sexually assaulted. 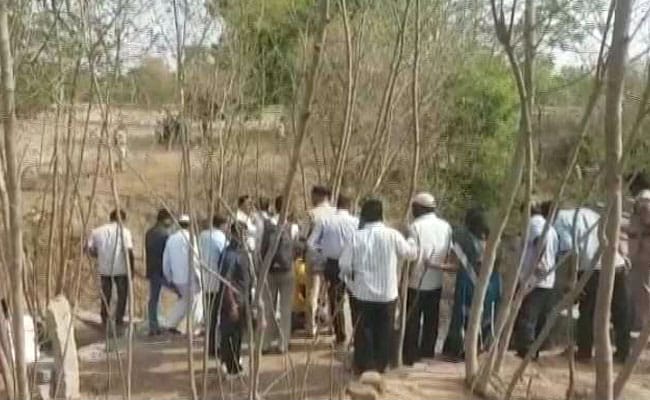 Telangana Police also suspect that the teenagers may have been sexually assaulted.

Close to three days after the body of a Class 10 girl was found inside an abandoned well in a village in Telangana, the skeletal remains of an 18-year-old student was found in the same well. The teenager had been missing for close to two months. The body of third child has just been recovered from another abandoned well on the accused Srinivas Reddy's agricultural land, the police said.

The three chilling incidents have opened up what locals and investigators fear is a series of similar cases. Police also suspect that the teenagers may have been sexually assaulted.

Last Thursday, the Class 10 student was reported missing by her parents when she did not return home after attending a summer vacation class at her school in Yadadri Bhuvanagiri district, 63 km from Hyderabad.

The police first found her school bag and then a few liquor bottles near the bag.

Late Friday evening, her body was found in the abandoned well in Bommalaramaram village in the district after a dog squad and the "Clues Team" of Telanagana Police were brought in.

The disappearance of the girl and her body being found in the well had triggered protests and vandalism in the area.

The police subsequently took into custody a few suspects, including the owner of the agricultural plot in which the well is located.

That is what is said to have led to the recovery of the second body, of the 18-year-old student.

"She was missing and it was presumed that she may have run away with her boyfriend. So her parents did not formally lodge a police complaint,'' senior police officer Narayan Reddy said.

The father of the 18-year-old said she was the youngest of his four children and was hoping to find her soon. He broke down on being told about the skeletal remains. Her identity could only be established from her bag that had books with her name written on it, a bus pass and her identity card from college.

Srinivas Reddy, the owner of the agricultural land, is being suspected in this case too as he is said to have a criminal past and was an accused in the murder of a sex worker in Andhra Pradesh's Kurnool and Telangana's Warangal.

The disturbing details revealed by the investigation angered villagers who went to the home of Srinivas Reddy, vandalised it and tried to set it on fire.

"There is no protection for a young girl who goes 4 km away to school. Should we stop sending our girls to study,'' asked Yadagiri, a resident of the village.

Locals say Srinivas Reddy lingered near the well with his father when the body of the Class 10 student was recovered. Investigators suspect he must have waited for the girls, sexually assaulted them and and pushed them into the well.

The sub-inspector who was initially probing the cases have been suspended and the investigation has been handed over to a senior police officer.