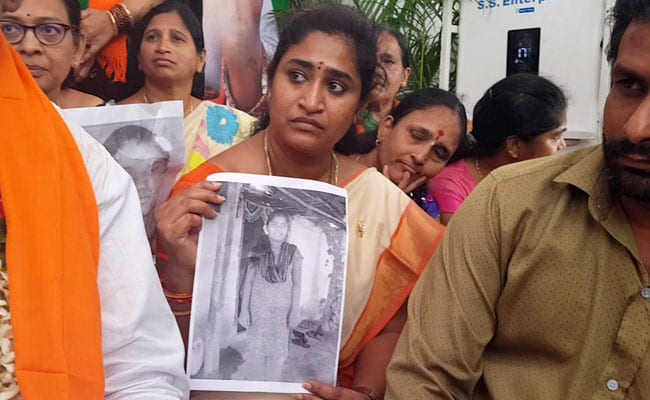 A high number of student suicides in Telangana, 25 in the last 10 days, has led to a huge outrage in the state. Some 3.28 lakh out of 9.7 lakh students - or 33 per cent students - who gave the exam have been declared failed in the state board's intermediate exam conducted by a private agency.

Some of the irregularities in the examination were quite extreme. One student's mark sheet showed 00 in Telugu but after a recount, it became 99.

Telangana BJP chief K Laxman is sitting on an indefinite hunger strike to build pressure for a judicial investigation into the alleged scam.

Other opposition parties in the southern state have also accused Chief Minister K Chandrashekar Rao of the Telangana Rashtra Samithi of inaction over alleged irregularities in the intermediate exam, equivalent to the CBSE's Class 11 and 12 exams.

"We are demanding a judicial probe into this. Or even by the CBI. This is not just mismanagement. This is a huge scam. The company that was given the contact for end-to-end technical support was simply not qualified to handle the future of 9.7 lakh children," Mr Laxman told NDTV.

One of the students who committed suicide today was a resident of Sircilla, the constituency of KCR's son KT Rama Rao. 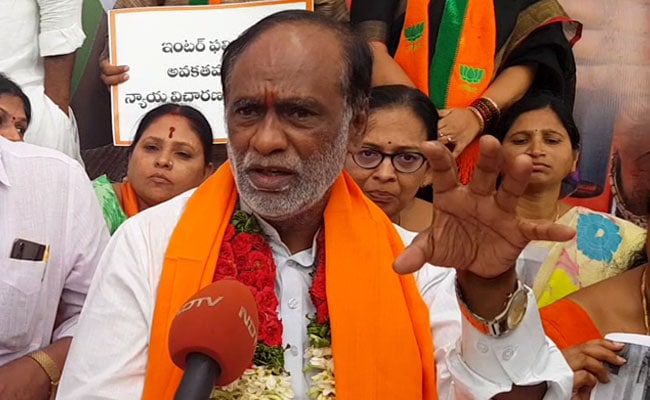 The students alleged huge irregularities in the exam conducted by Globarena Technologies Pvt Ltd, which was given a contract by the KCR government for technical support. But it allegedly did not fulfil the tender criterion like experience in handling exam results of this scale for a state board or university.

"Globarena has no experience in handling such exams," says Professor Jyothsna who is working with other activists to expose the alleged scam.

Activists say those correcting papers should not handle more than 30 a day but were given 100 instead.

Chief Minister K Chandrashekar Rao announced a free recounting for all failed students. A supplementary examination, that was scheduled on May 16, has also been delayed by a week.

In Mahbubnagar, 100 km from state capital Hyderabad, two girls poured kerosene and set themselves on fire after results were declared on April 18, said DK Aruna, a former minister who joined the BJP before the national election.

"KTR has tweeted. Why should he tweet? Why cannot the chief minister or his ministers or KTR meet the families of students and reassure them that their future is safe? They should also pay Rs 50 lakh compensation to the families of the children who died," Ms Arun said.