Telangana Rashtra Samithi May Skip Opposition Parties Meeting On May 21 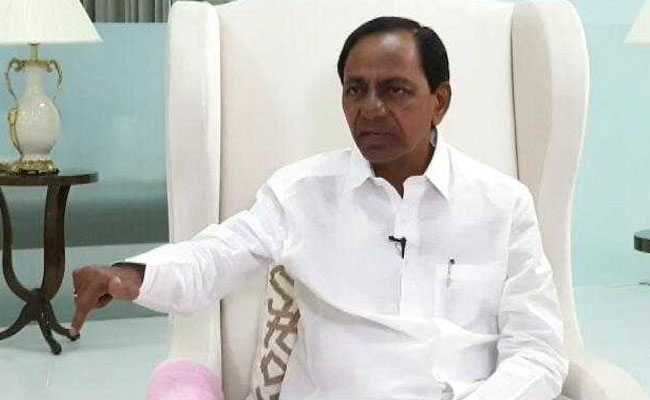 KCR has been pushing the idea of a non-Congress, non-BJP federal front of regional parties. (File)

The Telangana Rashtra Samithi (TRS) will not be part of a planned meeting of opposition parties on May 21 to chalk out a post-poll alliance, a party leader said today.

Andhra Pradesh Chief Minister Naidu met Congress President Rahul Gandhi two days ago and and agreed to call a meeting of Opposition parties on May 21, sources had said.

Mr Kumar said: "We can't be part of any meeting with Chandrababu Naidu. That's very clear".

The TRS position does not come as a surprise as Mr Naidu and KCR, as the Telangana Chief Minister is referred to by many, don't see eye-to-eye.

Taking on the TRS, the TDP headed by Mr Naidu had fought last year's Assembly elections in Telangana in alliance with the Congress.

Campaigning at the time saw KCR launching an all-out attack on Mr Naidu, and war of words between the leaders of the two Telugu States.

Mr Naidu is a key interlocutor of the opposition, including the Congress, trying to forge a united front against the BJP.

Mr Kumar described this role of Mr Naidu's as "self-proclaimed".

KCR has been pushing the idea of a non-Congress, non-BJP federal front of regional parties since last year.

Asked if the TDP is not going to be part of this front, Mr Kumar said: "In Andhra Pradesh, he (Naidu) is not going to win Assembly and Lok Sabha elections. After May 23rd, his role will be minimal."

Mr Kumar, who was deputy floor leader of TRS in Lok Sabha, indicated that KCR's proposed meeting with DMK chief MK Stalin, as part of the latter's outreach to opposition parties, is still on.

He said the meeting was scheduled for May 13 but there were media reports that Mr Stalin would not be available on that day.

"But they (DMK) have not informed us that we are not going to meet on May 13th. Within a day or two depending on his election campaigning...because he is moving around the whole State, so whether the time suits us...if possible we may meet a day earlier or a day after," Mr Kumar said.

The DMK indicated earlier this week that Mr Stalin might not meet KCR on May 13 as he was "busy" with his campaign schedule for the May 19 by-polls to four constituencies Tamil Nadu.

On reports in a section of the media speculating about the TRS softening its stand vis-a-vis the Congress, Mr Kumar declined comment on "presumptions and assumptions" which he said would continue till election results are declared.