C Anitha was attacked last month, allegedly by a group led by a local leader. 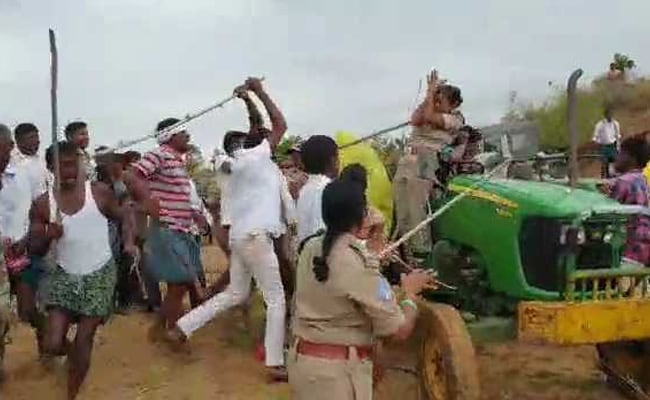 C Anitha was hit with huge wooden sticks by a mob.

Telangana forest officer C Anitha, allegedly attacked by a  local TRS leader when she went to plant trees at a depleted forest area, has been charged under the SC/ ST (Prevention of Atrocities Act) after a tribal woman alleged that she and her staff abused her and others while they were working in their fields that day.

Deputy Superintendent of Police Satyanarayana said the case was registered after a woman's complaint.

"They (the officer and her staff) came to the fields where we were working. They were trying to plough our land, to which we objected. We were abused and kicked with boots. They used casteist remarks against us," the woman alleged.

The officer, however, has not responded to the matter.

C Anitha was attacked last month, allegedly by a group led by the leader at the village where she had gone to the village with some officials to plant saplings as part of a government programme.

After the video footage of the attack on her went viral, the police arrested the lawmaker's brother and 13 others for rioting and attempt to murder. Two senior police officials were also suspended for negligence.