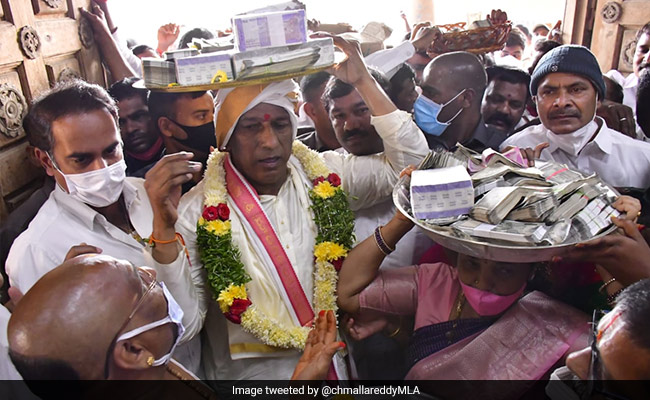 The minister handed over Rs 1 crore in cash, cheque of Rs 75 lakh on behalf of his assembly constituency

He handed over Rs 1 crore in cash and a cheque of Rs 75 lakh on behalf of his assembly constituency Medchal.

Talking to the media, Mr Reddy said that 1 kg of gold has been being given on behalf of his family and 2 kg of gold on behalf of the Telangana Rashtra Samithi (TRS) party and his constituency.

Malla Reddy along with his family members and party workers and party representatives went to the temple from his camp office in Ghatkesar and handed over the money to the officials.