She Died Of Dengue. Her Father Is Now Sunk In Debt To Save Her Siblings

Like 18-year-old Supriya's, many families have received huge hospital billsfor dengue treatment. The government blamed private hospitals, saying they are creating a scare and making profits by cashing in on the worries of the people.

Supriya was in the ICU for a day at a Hyderabad hospital and died the next afternoon.

Supriya was in the ICU for a day at the private hospital in Hyderabad and died the next afternoon. By then, two of her younger siblings, 7-year-old Suryanarayana and 5-year-old Sanjana were also in the ICU of the same hospital.

Supriya's body was handed over after the family paid up Rs 45,000. They had paid Rs 50,000 the first day for the emergency critical care. But the father could not perform his daughter's last rites as he had to be at the hospital where his two younger children were in the ICU. The mother took her daughter's body to their native Nellore district for cremation.

Nearly 3,000 cases of dengue have been reported in Telangana in September. 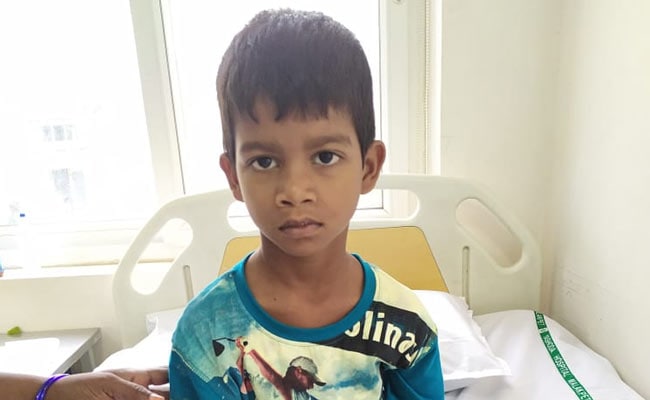 Sanjana's brother Suryanarayana, 7, too tested positive for dengue and is admitted to a Hyderabad hospital.

Unofficially, 56 dengue deaths have been reported but the state government says no one has died of dengue this year. This despite hospitals issuing death certificates clearly mentioning the cause of death as dengue, along with case sheets and lab reports.

"Only when the death is confirmed by a committee set up by the government that looks at what kind of confirmatory tests were done and whether the fatality was caused by dengue related factors, only then we will consider it a dengue death," said Telangana Health Minister Etela Rajinder.

Like Supriya's, many families have received huge hospital bills for dengue treatment. The government blamed private hospitals, saying they are creating a scare and making profits by cashing in on the worries of the people.

At the Hyderabad hospital, Supriya sister's blood platelet count had fallen drastically and her brother's blood pressure was so low it could not be recorded. In some relief to the grieving family, three days later Supriya's sister Sanjana was discharged from the hospital on Tuesday. Suryanarayana is also now stable and ready for discharge.

"For Supriya's hospitalisation in a critical condition, we paid nearly one lakh rupees, Rs. 50, 000 for Suryanarayana and the rest for Sanjana," their cousin Gopi told NDTV. He said there were at least 20 children diagnosed with dengue in the children's ward of the same hospital.

Her father G Nageswar Rao was told that expenses for dengue will not be covered under "Arogyasree", the Telanagana government-run health insurance scheme. The construction supervisor has now taken a private loan of Rs. 2 lakh at an interest of 24 per cent per annum in order to clear the hospital bills.

It will be a long road ahead for the family - emotionally as well as financially - to recover from the harrowing experience.

The Telangana government has put gag orders on private hospitals, saying they cannot spread panic and create a health scare.

Reports say the government has issued notices to hospitals on proper diagnosis of dengue after allegations that instead of confirming dengue on the basis of NS1 antigen and ELISA tests, many hospitals and labs are doing rapid tests and giving false positive cases.