Will Work For BJP Victory In Telangana, Says Swami Paripoornananda

Swami Paripoornananda, a prominent figure in Telangana and Andhra Pradesh, had joined BJP on October 19 in Delhi in the presence of the party president, Amit Shah. 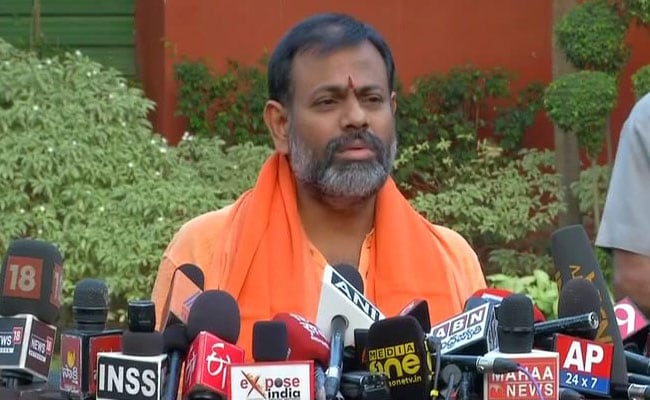 Noted religious guru Swami Paripoornananda, who recently joined the BJP, on Wednesday said he would work for the party's victory in the December 7 assembly polls in Telangana and that the state would become the party's 'gateway to the south.'

"When I go to the people, there are lakhs who admire me, like me. So I am sincerely saying once again that I have not come for any posts, responsibilities or any show-off. As a person clad in saffron, I would like to do my work with focus," he told reporters on his maiden visit to the BJP Telangana unit's headquarters after joining the party.

Swami Paripoornananda, a prominent figure in Telangana and Andhra Pradesh, had joined BJP on October 19 in Delhi in the presence of the party president, Amit Shah.

He is expected to campaign for the party in the December 7 assembly elections in the state.

Swami Paripoornananda, who heads the Sri Peetham at Kakinada in Andhra Pradesh, was in the news in July after being banished from Hyderabad for six months for allegedly making provocative statements.

He, however, got relief from the court.

Recalling his service to fishermen and others in remote areas, he explained that he eventually took the political plunge as he felt that a political platform was needed, along with spiritual power, to bring about a positive change in the lives of the poor.

He said he would strive hard for BJPs thumping win in Telangana.

"The election in Telangana would change into a lofty election with the whole world turning and seeing it and Laxman (BJP Telangana unit president) being asked even from foreign countries.

The 'Kurukshetra' (battle) has begun from today,"he said.

"Telangana is going to change into saffron Telangana. BJP is going to open this into gateway to the southern states," Paripoornananda said.