Mahmood Ali, a member of the Telangana Legislative Council, was the only Minister to take oath along with MR Rao on Thursday. 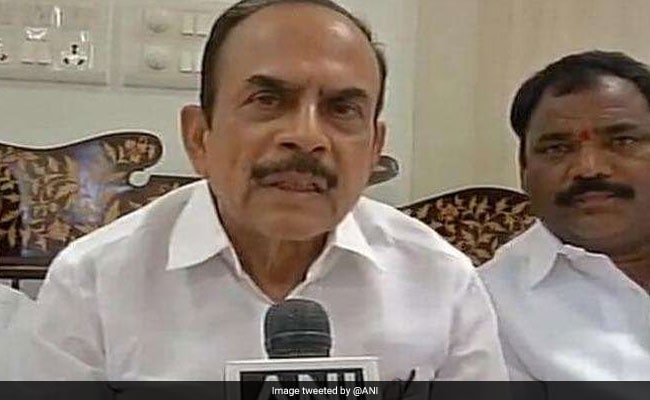 Mohammad Mahmood Ali has been appointed as Home Minister of Telangana.

Telangana Chief Minister and Telangana Rashtra Samithi (TRS) President K Chandrashekhar Rao has rewarded Mohammad Mahmood Ali once again for his loyalty by inducting him into his cabinet and allotting him the Home portfolio.

Mr Ali, a member of the Telangana Legislative Council, was the only Minister to take oath along with Mr Rao on Thursday.

According to a statement from Chief Minister's Office on Thursday night, KCR has allotted him Home portfolio. Mr Ali was holding Revenue portfolio in KCR's previous cabinet.

It was immediately not clear if Mr Ali will be Deputy Chief Minister, a post he held in the previous cabinet.

Home Ministry, considered a key portfolio, was with Nayani Narasimha Reddy during the first term of TRS government.

Mr Ali, 66, has been with KCR since the latter floated TRS to revive the movement for separate Telangana state in 2001.

The most recognisable Muslim face of TRS, Mr Ali was made Deputy Chief Minister after KCR took over as the first Chief Minister of the new state. There were two deputies to KCR, the other being Kadiyam Srihari, a Dalit leader.

That KCR picked Mr Ali before inducting others in the cabinet underlines the importance he is attaching to the Muslim community, TRS leaders say. He kept the portfolio of minorities' welfare with him during the first term.

The All India Majlis-e-Ittehadul Muslimeen (AIMIM), a friendly party of KCR, extended support to TRS, except in eight constituencies in Hyderabad where it fielded its candidates. Several other Muslim organisations also backed TRS, which won 88 seats in the 119-member Assembly

The TRS chief had invited AIMIM to join the government but the party declined the request.

A businessman hailing from Hyderabad, Ali does not have any mass base. He had contested the Secunderabad Lok Sabha seat in 2009 but badly lost. He was subsequently made a member of the Legislative Council.

Mr Ali may remain the only Muslim in the KCR cabinet. Since the cabinet size can't exceed 18 and KCR has to satisfy various groups, the lone Muslim member of Assembly of TRS, Shakeel Aamir, may not be inducted.

Shakeel was re-elected from Bodhan constituency in Nizamabad district.