About a 1,000-strong workforce converted part of the sports complex into a full-pledged coronavirus hospital with 50 intensive care unit beds, a senior official said. 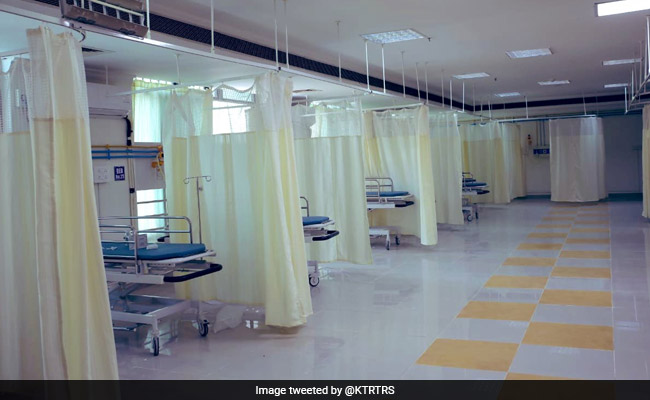 It just took 20 days for the Telangana government to convert a 14-storey tower at Gachibowli sports complex in the city, into a 1,500-bedded COVID-19 special hospital.

About a 1,000-strong workforce sweated it out to convert the tower, part of the sports complex, constructed in 2002, into a full-pledged coronavirus hospital with 50 intensive care unit (ICU) beds, a senior official of the Telangana government involved in the execution of the healthcare centre, said adding the facility is ready to accommodate patients.

The official said the state government proved that not only China which has reportedly built a makeshift 1,000-bedded hospital in just ten days in Wuhan at the peak of coronavirus spread, Telangana can also do wonders in terms of making quick decisions and execution of plans. 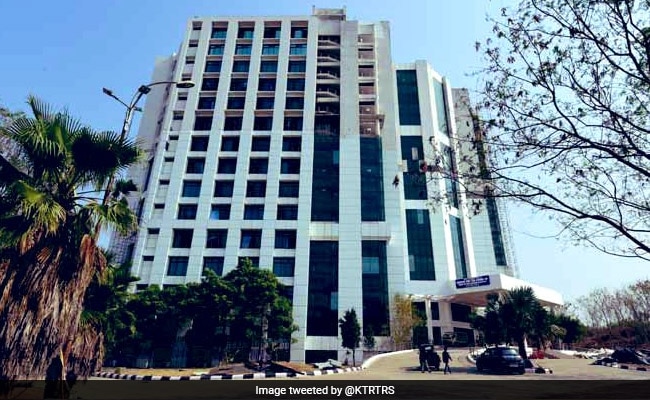 All the verticals of Telangana State Medical Services Infrastructure Development Corporation such as surgical and amenities wings worked in unison on a floor-management basis.

As on Monday, Telangana had 663 active cases of COVID-19 and 23 people died of the virus.

"It is a refurbished hospital. They used the first seven floors a decade ago. The remaining six floors were in semi-finished condition and never put to use. As soon as we got the nod from the state government we started working on that made it ready in 20 days. The hospital is now ready to take patients," the official told news agency PTI.

There were either no basic facilities or poor amenities such as water, sanitation and plumbing at the complex when the infra corporation took up the task, the official added.

All the verticals of TSMSIDC such as surgical and amenities wings worked in unison on a floor-management basis.

"We took up each floor as a unit and finished the building. At the same time other necessities such gas and oxygen pipelines were simultaneously connected. The work was done in coordination with the Medical and Health department," the official said.

The hospital currently has four lifts and another three or four will come into use in a few days.

Another official said as many as 400 doctors and double the number of nursing staff can work at the new facility.

Chief Minister K Chandrasekhar Rao had on April 19 said the hospital will later be converted into a super-specialty hospital known as Telangana Institute of Medical Sciences and Research (TIMS). Chandrasekhar Reddy, managing director of TSMSIDC, said it was a turnkey project taken up on emergency basis to convert the sports tower into a hospital with all necessary infrastructure.

Mr Reddy said after the COVID-19 upsurge comes down the TSMSIDC will start working on the plans to convert it into a super specialty hospital as envisaged by KCR.

A stadium, part of the sports complex, has a seating capacity of 30,000 people.

Some floors of the tower provided accommodation to sportspersons and others during the World Military games in 2007.

Complimenting the Health Minister Etela Rajender and his team for converting the tower into a hospital in just 20 days, IT and Industries Minister KT Rama Rao said in a tweet the hospital will be later converted into a multi-specialty hospital with PG institutions focused on providing medical services and research.

"My compliments to Health Minister @Eatala_Rajender Garu & his team on a fabulous job of converting the sports tower into Telangana Institute of Medical Sciences with 1500 beds. All this done in less than 20 days. Initially will be exclusive to #TelanganaFightsCorona, he tweeted.