Tamil Nadu government ordered the permanent closure of the plant and disconnected its power supply after violent protests. 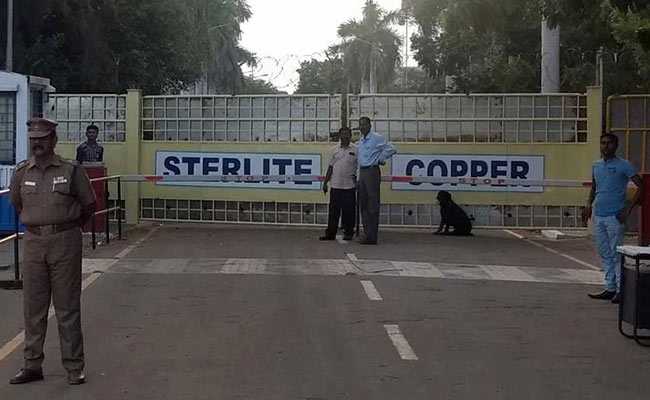 Vedanta sought a permanent ruling against Tamil Nadu from interfering in its plant. (Reuters)

Tamil Nadu will ask the Green Court to dismiss a Vedanta Ltd petition seeking to reopen its copper smelter, a lawyer representing the state government said on Wednesday.

Tamil Nadu government ordered the permanent closure of the plant and disconnected its power supply in May following protests that turned violent and culminated in the police opening fire on protesters, killing 13 of them.

"The company's plea to renew its consent to operate is already being heard by the pollution regulator in Tamil Nadu, and our argument is that another petition on similar grounds should not be admitted elsewhere," V. Mowli, a lawyer for the Tamil Nadu Pollution Control Board (TNPCB), told Reuters.

Vedanta has sought a permanent injunction against the Tamil Nadu government from interfering with the operations of its copper smelter, according to the petition filed with the National Green Tribunal.

The petition filed to the Delhi bench of the National Green Tribunal asked the court to "declare as unlawful and illegal the exercise of powers by the government of Tamil Nadu" to shut down Vedanta's smelter.

NGT earlier this month did not allow the Indian unit of London-listed Vedanta Resources to reopen its Tamil Nadu copper smelter.

The court will hear arguments from Tamil Nadu in response to Vedanta's plea on Wednesday.

(Except for the headline, this story has not been edited by NDTV staff and is published from a syndicated feed.)
Comments
Tamil NaduVedanta copper Plant