Nearly 1,000 cinema halls in the state have been shut since July 3 to protest the imposition of 30 per cent local body tax in addition to GST on movie tickets. 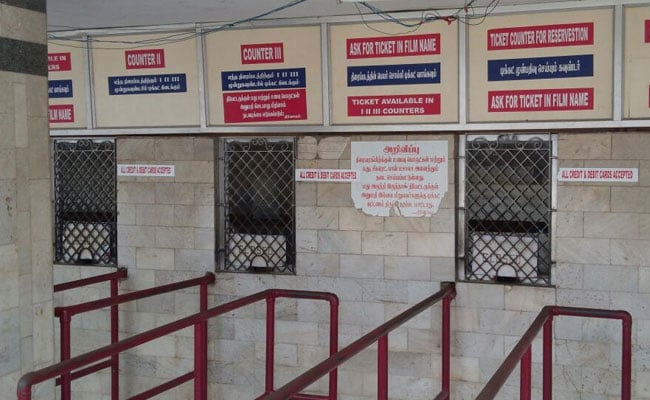 Nearly 1,000 cinema halls in Tamil Nadu have been shut since July 3.

Since new films are traditionally released on Friday, considered auspicious in the film fraternity, industry sources are hoping the situation gets resolved after talks with government scheduled later in the day.

Nearly 1,000 cinema halls in the state have been shut since July 3 to protest the imposition of 30 per cent local body tax in addition to GST on movie tickets.

Besides the local body tax, a GST of 18 per cent has been fixed for tickets priced below Rs 100 and 28 per cent for those above Rs 100.

Members of the Tamil Film Producers Council, the South Indian Artistes Association, along with the theatre owners and distributors, had met Chief Minister K Palaniswami on Monday. But they decided to continue the protest as the meeting did not yield any positive result.

The issue also echoed in the ongoing Assembly session with opposition parties DMK and Congress raising it.

Municipal Administration Minister SP Velumani informed the members that the government would give due consideration to the problems of all sections of people.

The government, he said, was committed to solving the problem.

Superstars Rajinikanth and Kamal Haasan have already extended their support to the strike.

Mr Rajinikanth, who is currently in the US for a health checkup, had yesterday requested the government to consider the film industry's plea.

"Keeping in mind the livelihood of lakhs of people in the Tamil film industry, I sincerely request the Tamil Nadu government to seriously consider our plea," he said in a tweet.

Kamal Haasan expressed his gratitude to the "Kabali" star.