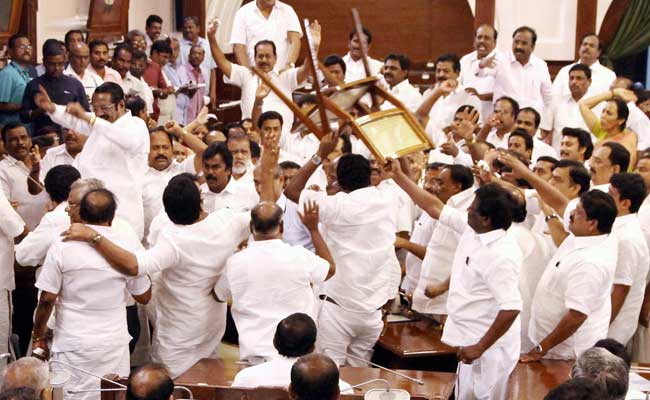 Violence and chaos took over the Tamil Nadu assembly during a floor test on Saturday.

Chennai: Tamil Nadu Governor C Vidyasagar Rao has asked for a report from the assembly secretary on the incidents during the trust vote on Saturday, Raj Bhavan sources have said.

Though the Edappadi Palaniswami government won the trust vote with 122 votes, violence and disorder marked the proceedings.

Chairs were thrown, tables were toppled and mics were yanked by lawmakers inside the Tamil Nadu assembly over Chief Minister E Palaniswami's trust vote as demands for secret voting degenerated into a free-for-all in which the Speaker P Dhanapal was manhandled. 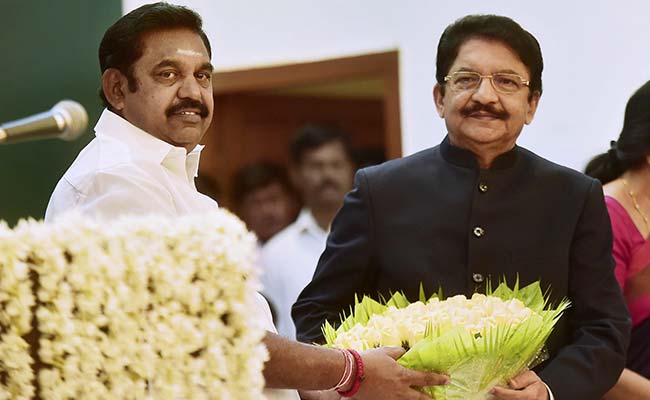 After adjourning the assembly twice, the Speaker had ordered the eviction of the DMK legislators. Police officers too were summoned to join the marshals to move them out. The DMK legislators alleged they had been manhandled on orders of the ruling AIADMK party.

Questions were raised on the validity of the floor test which was held in the absence of close to 100 opposition members and was not broadcast.

Promoted
Listen to the latest songs, only on JioSaavn.com
Citing alleged illegal custody and coercion of more than a hundred MLAs at a resort outside Chennai by the VK Sasikala camp - which picked Mr Palaniswami as a its candidate -  Mr Panneerselvam had asked for a secret ballot and postponement of the trust vote to enable legislators to visit their constituencies to hear the views of the public.

M K Stalin has called for a state-wide hunger strike on Wednesday, protesting against the eviction of DMK lawmakers.