Using his savings, the director rented in a building from his close friend and started a grocery store in Chennai's Mowlivakkam. 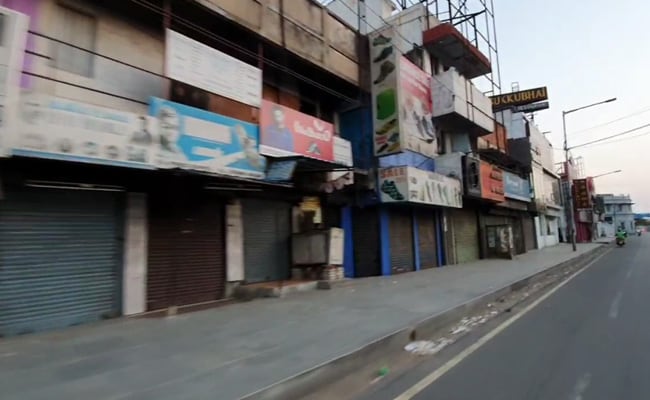 With disruption in the film business due to the coronavirus crisis, a Chennai-based film director Anand opened up a grocery store to make his ends meet during the pandemic.

After being in the Tamil film industry for over 10 years, Anand had been hoping to return to the film industry until he realised that the movie theatres in the country will remain shut until the next year.

Using his savings, the director rented in a building from his close friend and started a grocery store in Chennai's Mowlivakkam.

"During the lockdown period, I was simply confined within my house. When I came to know that only grocery and provision shops have been allowed to open in Tamil Nadu, I decided to open one," Anand said.

"I sell all products including oil, pulses, rice and that too at a very less price to get more buyers. I am happy," he added.

When asked about what prompted him to take the decision of ditching filmmaking and opening a grocery store, the director said, "I don't see the future of unlocking film industry this year because firstly people's fear has to go away."

"Movie theatres will open only after opening up of malls, parks, and beaches. We only have a career after that, until them I will be here at my grocery store," he added.

The filmmaker is known for making budget films like ''Oru Mazhai Naangu Saaral,'' and ''Mouna Mazhai'' and others.

His last film ''Thuninthu Sei,'' is on the final stage with its production completed, and just two songs pending.