Subashree had got 24 out of 720 in the NEET exam and had been depressed, her father said 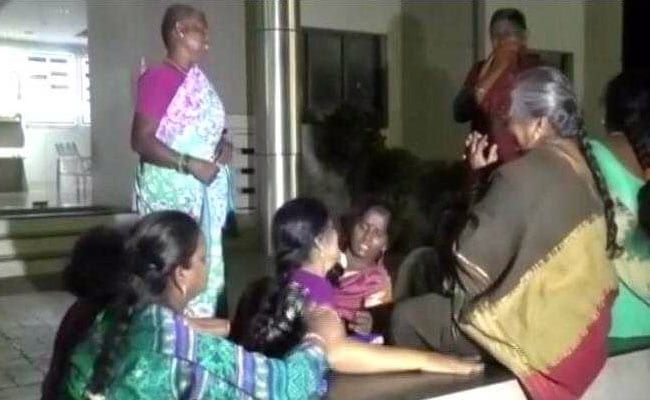 Subhashree's parents were shocked to find her hanging from the ceiling.

In second such incident in Tamil Nadu and fourth since the National Eligibility-cum-Entrance (NEET) results were declared, a 17-year-old girl allegedly committed suicide at her home in Trichy after failing to make the cut. Subashree was rushed to the hospital where doctors failed to revive her. Her father informed the doctors that he found her hanging from the ceiling in her room.

Subashree secured 24 marks out of 720 in the NEET exam this year and had been depressed, Kannan, her father said. The cut off for open category candidates this year is 119.

When he returned home from work on Wednesday night, he found his daughter to be visibly disturbed. He tried to cheer her up, but Subashree rushed to her room and locked herself.

"We thought she was upset and wanted to be alone, so we didn't disturb. She didn't even have dinner. When our repeated knocks on the door went unanswered, we got worried and broke it open. We were shocked to find her hanging from the ceiling. We rushed her to the hospital, but doctors couldn't save her," Mr Kannan, a transport corporation employee, told news agency ANI.

DMK leader MK Stalin offered his condolences to the family on Twitter and blamed the NEET for "killing another child".

Another 17-year-old Dalit girl attempted suicide in Tamil Nadu' Viluppuram district by consuming
some poisonous substance, but was saved. Astalakshmi, daughter of a labourer, had secured 37 marks in the NEET exam.

Subhashree's death comes days after 19-year-old Prateebha, daughter of a construction labourer in Viluppuram district, reportedly committed suicide on Monday for not getting enough marks in NEET.

The following day, 18-year-old Jasleen Kaur allegedly jumped off a 10-storey shopping complex in Hyderabad on Tuesday after failing to get a good rank in the NEET exam, police said. She sustained severe head injuries and died on the spot.

Pravar Mehandirata, 20, allegedly jumped off the eighth floor of a building in Delhi's Dwarka on Tuesday. A suicide note was found in his room in which he reportedly confessed to lying to his parents about his NEET score. A dupatta with a knot resembling a loop was also found on the bed in his room, police said.

For nearly a decade, Tamil Nadu had banned the entrance exams for admissions to medical and engineering colleges. Seats were offered purely on the basis of marks obtained in Class 12 board examinations. The state government had said NEET exam led to undue stress and meritorious students from economically marginalised sections and rural areas were unable to afford private coaching.

The state had earlier obtained the President's nod for exemption from NEET. The centre, however, opposed it and since last year NEET became mandatory in Tamil Nadu.

Promoted
Listen to the latest songs, only on JioSaavn.com
Ever since, the state government has been offering free NEET coaching to students of government-run schools, however, the overall results have dropped compared to last year, claim teachers.

Less than 40 per cent of the students who had appeared for NEET in Tamil Nadu has been able to clear the examinations this year, far less than Rajasthan, Delhi, Uttar Pradesh, Andhra Pradesh and Bihar.

Weddings On Roads Outside Temple During Tamil Nadu's Covid Shutdown