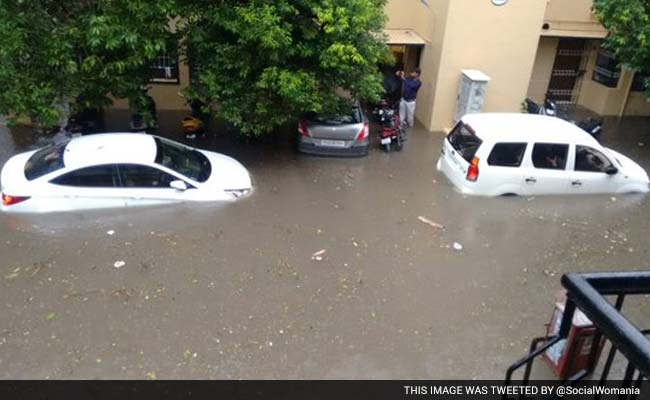 Closure of schools in Tamil Nadu due to fortnight-long heavy rains has prompted education administrators in the state to mull a series of option.

Chennai: The unexpected closure of schools in Tamil Nadu due to fortnight-long heavy rains has prompted education administrators in the state to mull a series of options including shrinking the half-yearly vacations to make up for the lost time.

Usually, whenever normal working days are lost, they are made up by having schools on Saturdays, but not for the primary classes so far, a top school management representative said.

However, with the schools remaining closed for an unprecedented duration of nearly a fortnight, primary section may also opt to work on Saturdays when schools resume, he said on conditions of anonymity.

However, it is the half-yearly vacations that are likely to take a hit as most schools have already informed parents to not schedule any programmes during that time, he said.

"While the situation doesn't look any rosy next week too, it is unlikely that there could be the ten-day usual half-yearly vacation for the students. Most of the managements have informed parents that the schools might be closed down only for a few days for Christmas," he said.

Other measures to make up for lost time in schools include extending the duration of the working hours, especially, to benefit students of Classes X and XII scheduled to appear for board exams, another representative said.

A few parents said they have received information from schools about the proposal to cut-short the winter vacation.

"The school management where my son studies have informed us not to keep any programme during the half-yearly vacation period though indicating that there would be a few days holidays for Christmas," said R Prasad, a resident of south Chennai.

Another resident said his ward's school had stated that cutting short holidays due to the unexpected long monsoon break was in the interest of the student community as they have lost many working days due to the rains and accompanying floods.