Founded in 2009, the cafe annually pays its respect to popular personalities in the form of life-sized, hand-crafted chocolate statues. 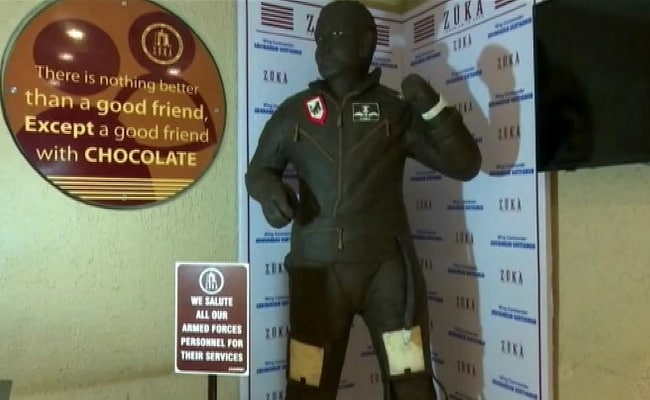 A cafe of chocolates and chocolate desserts in Puducherry has shown its respect to the Indian Air Force pilot Wing Commander Abhinandan Varthaman by making a chocolate statue in his honour.

Founded in 2009, the cafe annually pays its respect to popular personalities in the form of life-sized, hand-crafted chocolate statues.

Wing Commander Varthaman shot into limelight after he shot down a Pakistani aircraft F-16, which had transgressed into the Indian airspace during a dog fight between Indian and Pakistani air force in February this year and in the process, his plane crossed over to Pakistani side and was shot down.

In the past, the cafe has made statues of Mahatma Gandhi, APJ Abdul Kalam, Charles Chaplin, Rajinikanth and MS Dhoni as well.