PM Modi-Xi Jinping Meet: The Koneri lake is one of the last freshwater bodies left close to the monuments at Mamallapuram, the town best known for its stunning and historic architecture. 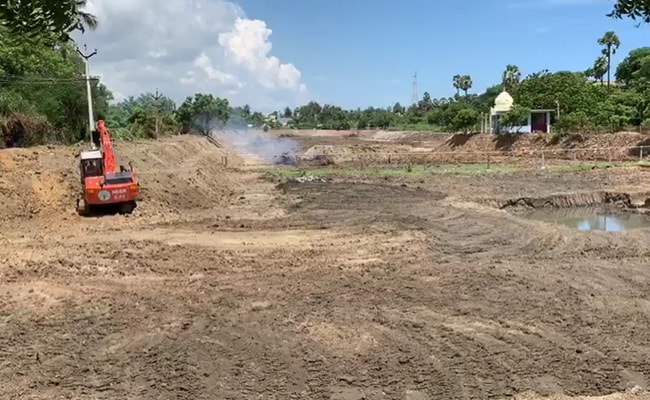 PM Modi-Xi Jinping Meeting in Mahabalipuram: Koneri lake in Mamallapuram was revived ahead of the summit

The arrival of Prime Minister Narendra Modi and Chinese President Xi Jinping in Tamil Nadu's coastal town of Mahabalipuram or Mamallapuram. as it is known now, has been good news for environment enthusiasts, especially those worried about water bodies.

A decrepit lake in Mamallapuram has got a new lease of life after its restoration was taken up on priority as part of the massive beautification and clean-up exercise ahead of the two-day summit between PM Modi and Mr Xi, their second informal meet after the Wuhan summit last year.

Located behind the Light House and the ancient monument complex that houses Krishna's Butter Ball, a huge rock shaped like a ball whose balanced positioning is considered a wonder of physics, is Koneri lake.

The name of the lake is derived from Ko(cow) and Neri(lake) and resembles a sitting cow.

The Koneri lake is one of the last freshwater bodies left close to the monuments at Mamallapuram, the town best known for its stunning and historic architecture.

Over the last two decades, the lake has seen excess growth of invasive weeds and has also become shallow. Despite being located close to Krishna's Butter Ball, there were no tourist activities at the lake.

An NGO called Environmentalist Foundation of India, along with the Kancheepuram district administration, undertook work on the revival of the water body, with the aim of completing it before this week's Chennai Informal Summit.

The project is also a milestone for the NGO as it is the 100th such major water body that they have revived in the country. The lake is ready for the northeast monsoon and stands as testimony to the strength of civil society-based water conservation efforts in the country.

Construction debris, non-degradable trash and invasive weeds were all removed from the lake bed. This was followed by deepening of the water body across the contour and creating percolation canals within the lake, leading to three recharge wells. This is complimented by strengthening the earthen embankments in the circumference. A G-shaped nesting island and a bamboo garden are other features at the lake that stand out.