Heavy Rain In Parts Of Tamil Nadu, Will Continue Till Sunday

Under its influence, rainfall is expected till November 13 and it could be heavy to very heavy in select regions of Tamil Nadu and Puducherry, the IMD said. 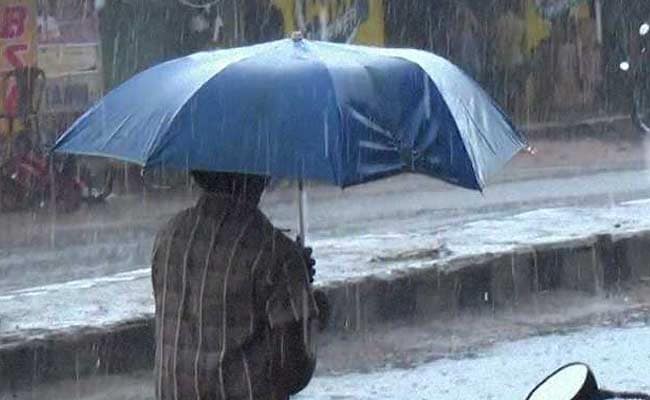 Under its influence, rainfall is expected till November 13 and it could be heavy to very heavy in select regions of Tamil Nadu and Puducherry, the IMD said.

Intermittent showers began on the night of Thursday and it intensified in several regions of the State, leading to waterlogging and disruption in vehicular movement like on the Avadi-Poonamallee stretch.

Neighbouring Puducherry recorded heavy rains since Thursday night. The territorial government too declared a holiday for all schools and colleges.

K N Nehru, Tamil Nadu Minister for Municipal Administration following an inspection here said that all officials are on the spot monitoring the situation.

Airport sources said flight operations were not affected. The arrival and departure of flights were 'on time,' they said. Prime Minister Narendra Modi is scheduled to visit the Gandhigram Rural Institute in southern Dindigul district on Friday afternoon. Suburban train and state-run bus services were operated. Fishermen in Cuddalore towed their boats away from the shoreline to safer places using tractors.

An IMD bulletin said a well marked low pressure area "lies over southwest Bay of Bengal and adjoining areas of northeast Sri Lanka off Tamil Nadu coast with the associated cyclonic circulation extending up to upper tropospheric levels." It is very likely to move northwestwards towards the Tamil Nadu and Puducherry coastline till November 12 morning.

Wind speed is expected to be 40-45 kmph gusting to 55 kmph along southern Andhra Pradesh, Tamil Nadu Puducherry and Sri Lankan coasts, the Gulf of Mannar and adjoining Comorin area.

Tiruvallur district authorities said the Kannankottai Thervoy Kandigai reservoir has reached its full level of 36.61 ft and the outflow stood at 130 cusecs.

The release from Puzhal dam is increased to 500 cusecs increased from 100. Similarly, other reservoirs too have been witnessing copious inflows and Redhills has touched 82.97 per centage of its 3,300 mcft capacity. Water is released from reservoirs as per regulations.

Police said the Puzhal-Soorappattu Vinayagapuram subway has been closed and traffic diversions have also been made in several localities due to showers and in view of storm water drain network improvement work. In waterlogged localities, authorities used heavy duty motors to pump out stagnant rain water.