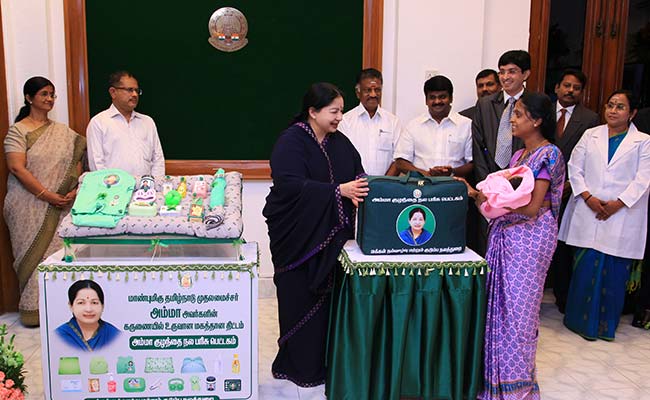 Babies born in government hospitals would receive the kit worth Rs 1,000 with 16 items including a dress, mosquito net, soap, shampoo, hand santiser, baby rattle, nail clipper among others.

The kit will also have a mix for mothers to increase lactation. The project would cost Rs 67 crore to the state exchequer.

The State Health Secretary Dr J Radhakrishanan said, "68 per cent of child births in the state take place in government hospitals and the project would benefit 6.7 lakh newborns."

The scheme struck a chord with the masses and also helped her to win the Lok Sabha polls.