Jayalalithaa's health worsens, she had cardiac arrest and is being treated in the ICU of Apollo Hospitals

New Delhi: J Jayalalithaa, the Chief Minister of Tamil Nadu and one of India's most powerful and popular politicians, had a cardiac arrest on Sunday evening in the Chennai hospital where she has spent the last three months being treated for a prolonged lung infection.

"She is being treated and monitored by a team of experts, including cardiologists, pulmonologist and critical care specialists," said Dr Subbaiah Viswanathan of Apollo Hospital. Doctors said she had been put on an extracorporeal membrane heart assist device, a life support system that aids heart and lung functioning.

After a phone call from Union Home Minister Rajnath Singh on Sunday evening, Tamil Nadu Governor C Vidyasagar Rao flew back to Chennai from Maharashtra, which is also in his charge and visited the hospital. He was there for about 10 minutes and left without making a statement.

All of Tamil Nadu's ministers converged at the hospital. Hundreds of supporters of the Chief Minister gathered outside to pray for her. The Press Trust of India reported that nine units of riot police, each with about 100 members, were being prepped to be flown into Tamil Nadu, if needed.

Police across the state were asked to be on high alert and the entire force was asked to report to duty at 7 am. Schools have not been closed and exams will go on as scheduled, officials said. 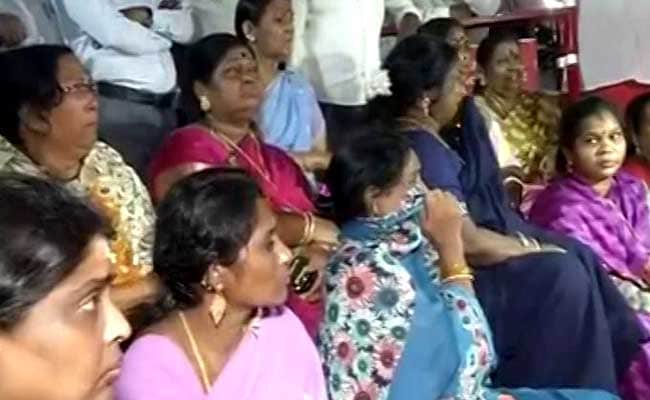 Crowds gathered outside Apollo hospital as news of Jayalalithaa's health poured in.

Promoted
Listen to the latest songs, only on JioSaavn.com
For weeks, doctors attending to Jayalalithaa have been saying that "Amma", as she is known to millions of supporters, was well enough to decide when to return home. Her party said she was directing important decisions, speaking occasionally to those who were allowed to meet her.

When she was first hospitalised in September, her party said it was for dehydration and fever. It soon became clear that her illness was far more serious. She spent weeks on respiratory support and specialists flew in from London and Delhi to monitor her. The Rolodex of VIPs that have visited hospital to check on her included Congress leader Rahul Gandhi and senior union ministers.
Comments
JayalalithaaTamil Nadu Chief MinisterJayalalithaa HealthJayalalithaa Heart AttackTamil NaduChennaiApollo HospitalsJayalalithaJayalalitha Health