Jayalalithaa hands over 8251 houses to those hit by tsunami 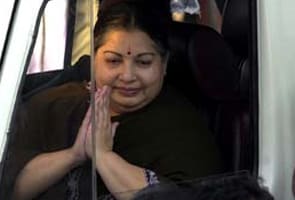 Chennai: Tamil Nadu Chief Minister Jayalalithaa, handed over 8251 houses constructed as part of the tsunami rehabilitation programme with World Bank aid, in 11 districts of the state.

Promoted
Listen to the latest songs, only on JioSaavn.com
A state government release said that she handed over the houses through video conferencing in 11 districts. The construction of the houses began in 2005 after the December 26, 2004 tsunami that struck the Tamil Nadu coast.

Each of the 325 square foot houses, built at a cost of Rs 3.75 lakh, can withstand natural phenomenon like tsunamis and earthquakes and have been insured for 10 years. The said number of houses was part of the government's decision to construct a total of over 14,000 homes.