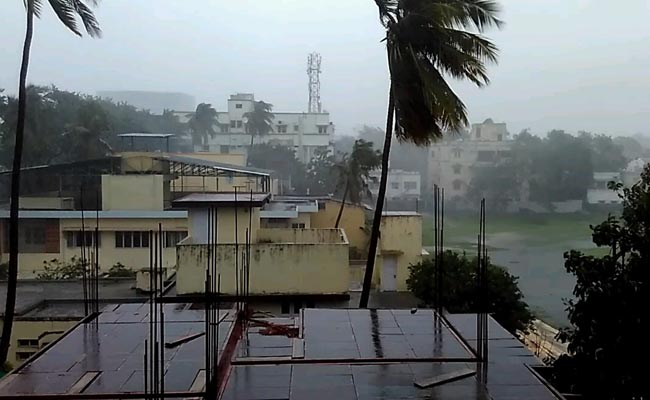 Cyclone Vardah had crossed the coast near Chennai on December 12.

The nine-member Inter-Ministerial team deputed by the Centre to assess the damage caused by Cyclone Vardah in Tamil Nadu today assured the state government that it will make an in-depth assessment and submit its report at the earliest.

The team, led by Joint Secretary in Ministry of Home Affairs Praveen Vashista, held discussions with Chief Minister O Panneerselvam before commencing their two-day visit to different parts of Chennai, Kancheepuram and Thiruvallur.

He also requested the Central team to make an in-depth assessment of the damage caused by the cyclone and to submit its report to the Ministry of Home Affairs immediately.

"The team leader Praveen Vashista assured the Chief Minister that the team will make an in-depth assessment of the damages and submit its report at the earliest," a state government release said.

During its visit of affected areas commencing today, the team will study the damage caused to agriculture, fisheries and infrastructure among others, the release said.

It is slated to hold discussions with Chief Secretary Girija Vaidyanathan tomorrow, before wrapping up the visit.

Cyclone Vardah had crossed the coast near Chennai on December 12, causing massive damage to the coastal districts of Chennai, Kancheepuram and Thiruvallur, besides making some impact in Villupuram, Tiruvannamalai, Salem, Dharmapuri and Vellore.

Mr Panneerselvam had met Mr Modi last week and sought a relief package of Rs 22,573 crore, besides urging the Prime Minister to immediately depute a central team to assess the damage.