In Cyclone Gaja-Hit Areas, An Alarming Pattern Of Suicidal Tendencies

Cyclone Gaja that hit coastal Tamil Nadu mid-November killed 63 people and left 3.7 lakh homeless, leaving a trail of destruction. What it also left behind is a huge trauma among those affected.

For coconut farmer KK Chinnayan in Tamil Nadu's Thanjavur, the nightmare has just begun. After Cyclone Gaja uprooted nearly 1,500 of his coconut trees, he is left with a staggering loan of Rs. 40 lakh. The 56-year-old, once a wealthy landlord who had a monthly turnover of Rs. 5 lakh, is now left with almost nothing.

He has sleepless nights and fears that he will be hounded by banks and moneylenders. Many others like him say the trauma of losing everything is turning them suicidal.

"From tractor to other things, all were bought on loan. We have nothing in our hands now. If moneylenders pressure us, we would only commit suicide. We can survive if the government does something properly. Otherwise, we will have no option other than suicide," says Mr Chinnayan.

The devastating cyclone that hit coastal Tamil Nadu mid-November killed 63 people and left 3.7 lakh homeless, leaving a trail of destruction. What it also left behind is a huge trauma among those affected, bringing back memories of the 2004 tsunami.

Many reported suicidal tendencies and there is an urgent call for expert intervention.Two farmers from  from Thanjavur and Pudukottai districts have reportedly committed suicide. The government, however, is yet to confirm this.

Shanmuga Sundaram, another farmer in the same village said, "I am not able to sleep even at night. How would I face life? How would I stand without my livelihood?"

It is worse for farmers like Parimala Devi at Vizhundamavadi in neighbouring Nagapattinam district. Besides 50 trees, the family has lost their only house. "We can't imagine how we are going to look ahead. You have to do something for us," she says, her voice choking. 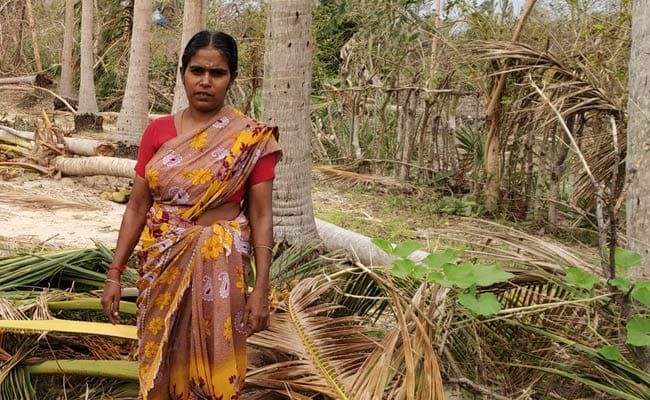 Actor-turned-politician Kamal Haasan, who met affected communities twice, has called for urgent expert intervention and demanded better compensation. He accused the Tamil Nadu government of conducting an "armchair assessment" of the affected areas.

"The people need psycho-therapy and counselling so that they don't indulge in any silly or drastic action against themselves or others," Kamal Haasan said. 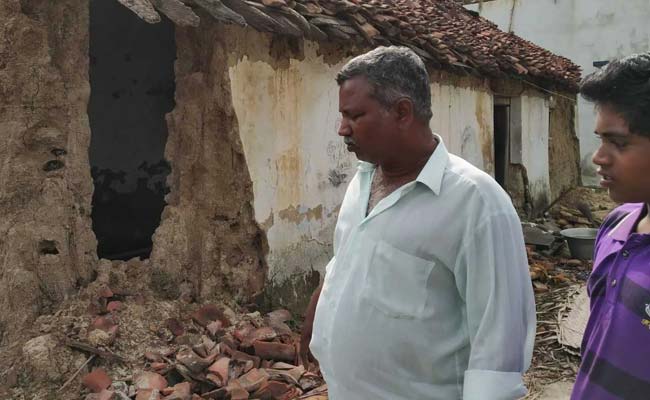 The once-fertile Cauvery delta region has witnessed around 50 farmer suicides in the last few years.

The government says it is on the job, dealing with the aftermath of the colossal damage caused by "Gaja", that means elephant in Sanskrit. "We let them share and they feel better once they understand that many like them have undergone this. We also refer some people to primary health centres. We send some people for psychiatric care," Health Secretary Dr J Radhakrishnan said.

Experts say it is a challenge and a responsibility for the government as well as the public to address this sensitively.

Though the Tamil Nadu government has released Rs. 1,000 crore to aid the relief and rehabilitation efforts, Chief Minister E Palaniswami sought a Rs.15,000 crore-relief from the centre when he met Prime Minister Narendra Modi in Delhi last week.