In Chennai Teen Rape Case, 17 Accused May Get Death Penalty Under New Law 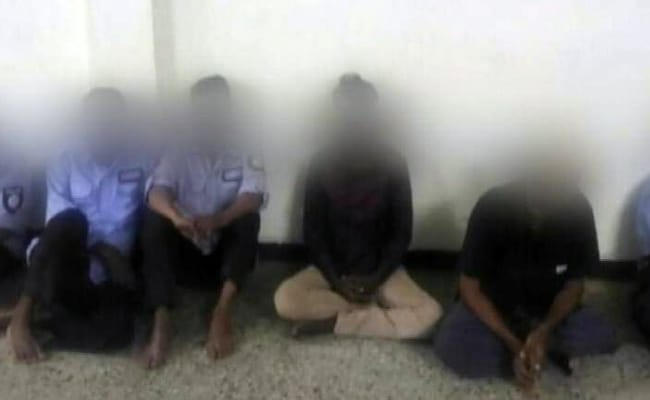 A chargesheet was filed on Wednesday against 17 people in the alleged rape of an 11-year old hearing-impaired girl, arraigning the accused under the new law which provides for death penalty for child rapists.

The charge sheet was filed by Special Public Prosecutor N Ramesh before a Mahila court in Chennai for cases under Protection of Children from Sexual Offences (POCSO) Act, nearly two months after the incident came to the fore.

The accused include a liftman, security guards, plumbers, electricians and other maintenance staff working at an apartment complex in Ayanavaram locality where the girl lived. She was allegedly sexually assaulted several times over seven months.

Apart from the POCSO Act, the charge sheet invokes various sections of the IPC, including under the newly added sections 376AB and 376DB that provide for a minimum 20 year rigorous imprisonment  and maximum death penalty for raping girls under 12 years.

The new provisions have come into force after Parliament on August 6 last passed the Criminal Law (Amendment) Bill which replaced an earlier ordinance promulgated in the wake of Kathua rape case.

This is the first time that the amended provisions have been invoked by the prosecution in the state.

The horrific incident had led to shock and outrage and the arrested had been attacked by some lawyers in the court where they were produced on July 17.

According to police, the girl was sedated with injections, drug-laced soft drinks and made to sniff a powder by the accused before sexually assaulting her repeatedly.

The incident had come to light after the victim, a class seven student, narrated her ordeal to her elder sister, who then informed their parents. Following this a police complaint was lodged on July 15.