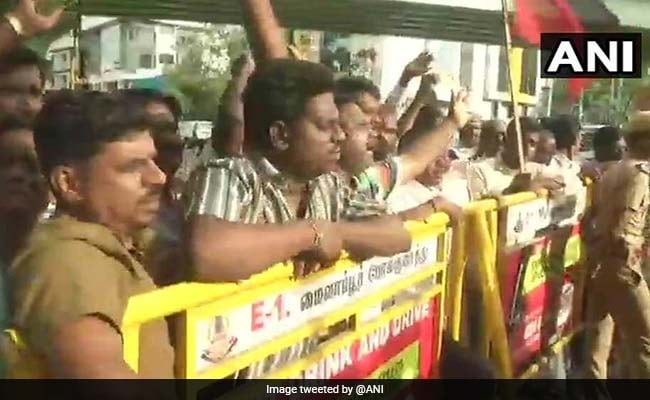 Ailing DMK patriarch M Karunanidhi was shifted to a Chennai hospital past midnight, hours after his son MK Stalin issued a statement that there is an improvement in his health and urged party workers not to believe rumours being spread.

His family said the 94-year-old veteran politician's condition suddenly declined later in the evening due to blood pressure issues.

His entire family including sons MK Stalin and MK Alagiri, daughter M Kanimozhi and top DMK leaders rushed back to the house and decided to move him to Kauvery Hospital.

"He is better. His blood pressure has stabilised," Ms Kanimozhi told reporters this morning.

Tamil Nadu Governor Banwarilal Purohit met Mr Stalin at the hospital today. There's heavy deployment of police personnel at the hospital as hundreds of supporters of Mr Karunanidhi have gathered outside, holding posters and photos of the politician.

A health bulletin by the hospital at 2.30 am said the former Tamil Nadu chief minister was taken to the Intensive Care Unit at 1.30 am after "following drop in blood pressure". 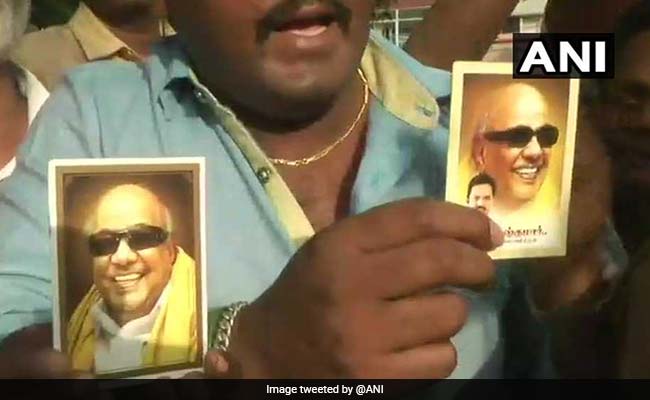 "His blood pressure has stabilised with medical management and he continues to be monitored and treated by a panel of expert doctors," the hospital's executive director Dr Aravindan Selvaraj said.

In a statement on Friday, Mr Stalin had spoken about an improvement in his father's health and appealed to party workers not to come over to visit him. But his appeals could not convince scores of his supporters, who had gathered near the DMK leader's Gopalapuram home, to budge.

Mr Karunanidhi, who is addressed as 'Kalaignar' (artiste) by his supporters, followers and some politicians, entered his 50th year as party chief on Thursday. 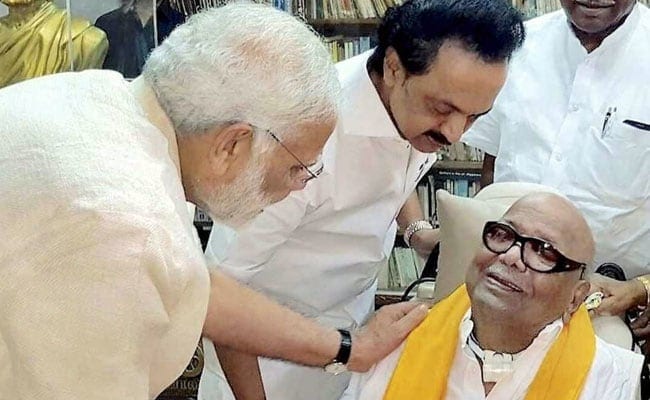 The DMK patriarch had returned home recently after a short stay at Kauvery hospital where he underwent a procedure to change his tracheostomy tube to help him breathe better. Doctors had said he is being provided hospital-level care at home.

Mr Karunanidhi, who has served as Tamil Nadu chief minister five times, has been recovering from a long illness for more than a year and is rarely seen in public. He has been tube-fed for some time.

But he recently contracted a urinary tract infection, leading to a decline in his condition. On Friday, the family had said there were signs of improvement with the fever and infection subsiding.

For the last two days, a stream of politicians has been visiting the DMK chief to enquire about his health. On Thursday, President Ram Nath Kovind, Prime Minister Narendra Modi and Congress president Rahul Gandhi spoke to Mr Stalin and Ms Kanimozhi, both DMK leaders, to ask about his health, and offered all help. BJP leaders and superstar Rajinikanth also called on the family on Thursday.